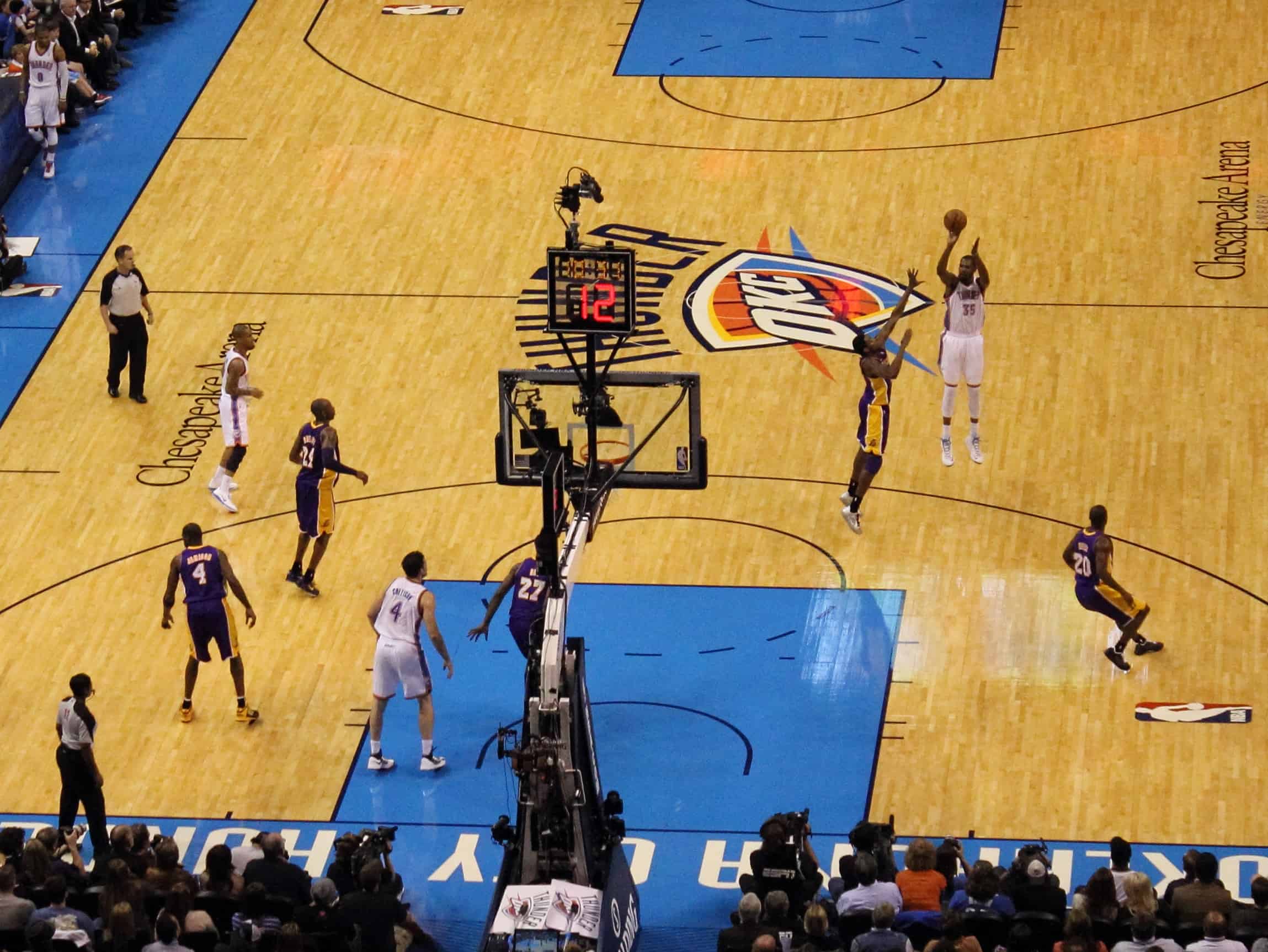 Even though the Los Angeles Lakers are struggling just to keep their playoff hopes alive right now, Oklahoma City always plays like it has something to prove when they face L.A.  Such was the case on  Friday night in the Staples Center when Kevin Durant exploded for 42 points, leading his team to a 116-101 victory over the  Lakers.

The Lakers were without Dwight Howard, Pau Gasol, and Jordan Hill, but it is never smart to count L.A. out when Kobe Bryant and Steve Nash are on the court.  Bryant had 28 points, and Nash dished out 7 assists.  It was their defense, however, that ultimately led to an extension of the Lakers’ losing streak to six games.

The Thunder shot 59 percent from the floor in the first half, and by that time, OKC was firmly in control with a 16 point lead.  Kevin Durant was unstoppable, finishing with the 42 points, 8 rebounds, 5 assists, and 1 blocked shot.  While Durant stole the show, Russell Westbrook was no slouch either.  He added 27 points and 10 assists for the double-double.  Kevin Martin contributed 15 points off the bench.

OKC’s big men also played well.  Kendrick Perkins, Serge Ibaka, and Nick Collison combined for 25 rebounds, which is part of why the Thunder had a 21-12 advantage in second chance points.  Perkins also had three blocks and two steals.  Collison helped facilitate the second-team offense with 5 assists.