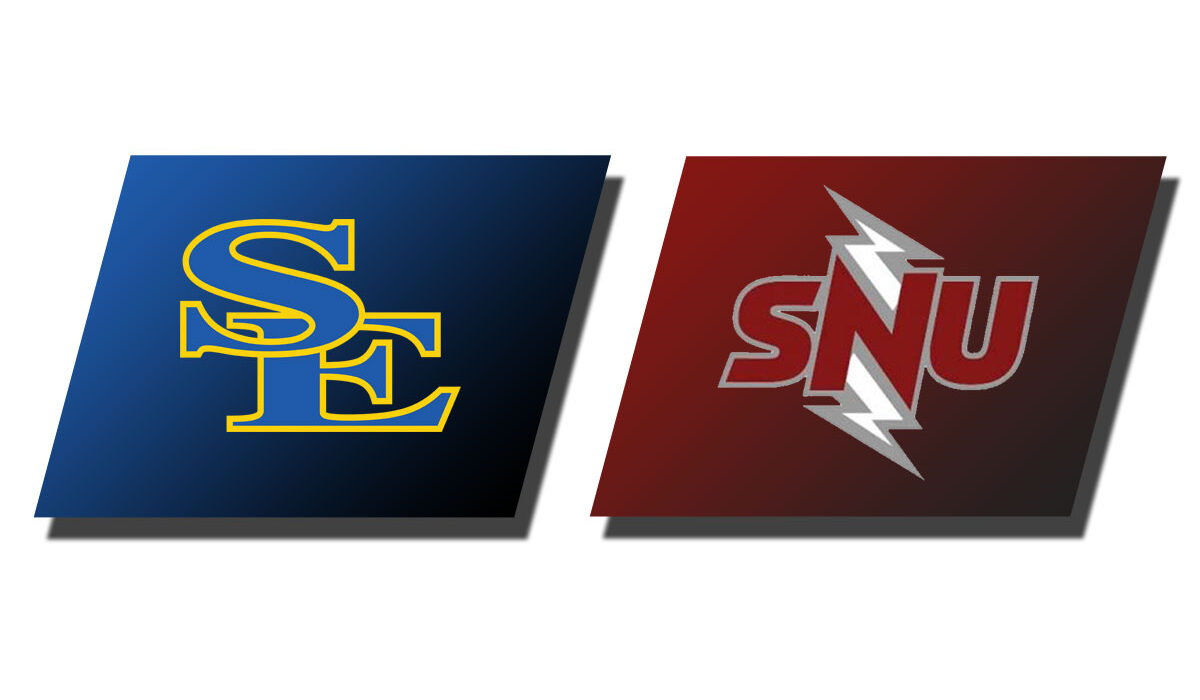 The win lifts the Savage Storm to 15-4 overall on the year and 10-3 in Great American Conference play heading into a Monday night home contest against Southwestern Oklahoma State at 7:30 p.m. in Bloomer Sullivan Arena.

“Those are the people you want at the free throw line,” said head coach Kelly Green of the performance in the final minutes at the free throw line. “Those are the guys that have the most invested into the program. The guys have been here four years, five years. They’re invested. You’re only as good as your seniors. Bobby did a really good job defensively, and what else can you say about Adam. Kellen went to the free throw line like a champ. I’m really proud of Kellen because he’s had a couple games where he didn’t, and I know he wears his emotions on his sleeve so it was good to see him step up and get it done.”

The win by Southeastern stretches its current winning streak to three and snaps a 10-game streak by SNU.

Adam Dworsky led all scorers with a 32-point effort, hitting 11-of-17 from the field and knocking down three threes and going 7-of-7 at the free throw line. He also handed out a game-high six assists and pulled in five rebounds.

Ante Brzovic was right behind with 28 points on 11-of-18 shooting and was SE’s leading rebounder with six boards.

Kellen Manek finished the game with 14 points on 5-of-8 shooting with a perfect 4-of-4 effort at the free throw line.

Bobby Johnson rounded out the team’s double-digit scorers with 12 on 3-of-4 shooting.

Southeastern shot 62.3 percent from the field for the game, including a 4-of-5 effort in overtime.

The Savage Storm trailed by five with 6:03 to play, but a bucket from Brzovic and three from Johnson would tie the game at 72-72 with 5:09 to play.

SNU would regain the lead, but a Dworsky three would put SE back in front and a possession later a Brzovic bucket would stretch that lead to 77-74.

Over the next three minutes SNU would score five-straight and take a 79-74 lead, setting up a pair of Dworsky free throws with 26 second to play. He would hit both to tie the game at 79-79 and force overtime.

The Crimson Storm scored first in overtime, but a Dworsky driving layup and a Brzovic three with 3:34 to play would give SE an 84-81 lead.

The teams traded buckets on the next two possessions and after Brzovic tacked on a free throw at the 1:25 mark the Savage Storm would lead 87-83.

SNU would trim the gap back to two points at 89-87 with 20 seconds to play, and Johnson would hit one of two free throws to give SE a three-point advantage with 14 ticks left.

Southeastern would send the Crimson Storm to the line with under 10 seconds to play where they hit a pair of free throws to close the gap to one point, but Manek would walk to the line on the other end and drain both free throws to make the difference 92-89

SNU would hit one of two shots at the free throw2 line on its next possession and Manek would go back to the line with five seconds left where he drained both free throws to give SE a four-point lead.

The Crimson Storm would hit a long three at the buzzer, but it would only narrow the final score in Southeastern’s 94-93 win.

The teams traded their biggest leads in the first half, with Southeastern going up by eight points with 9:31 to play and SNU answering to take a seven-point lead with 5:43 to go in the first half.

SE would finish the half outscoring the Crimson Storm 16-7 to take a 44-42 lead at the break.

SNU would take leads of five points at different spots in the second half, but that was the largest lead either team would hold in the frame as the second half would feature five ties and 11 lead changes before seeing the game go to OT tied at 79-79.