Eagles move on to NAIA quarters with double OT win 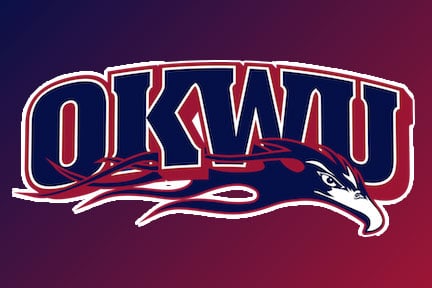 The Eagles took all the time available, and then some, to move on to the quarterfinal round of the NAIA National Tournament.  Oklahoma Wesleyan finally dispatched Concordia, 2-1, in double overtime on Monday.

Shaddrick Kaphuka put in a goal off the rebound in the 102nd minute to give his team its final margin of victory.

OKWU (19-3-0) will next face the winner of Auburn-Montgomery and Benedictine on Wednesday.

Neither team scored until late in the contest.  The Eagles took a lead on Lucas Cordeiro’s 12th goal of the season in the 67th minute.

Concordia had just nine shots on goal, but Mario Soto made the most of his only one of the day, tying up the contest just eight minutes later.

Eagles’ coach Jamie Peterson said he knew his team was in a battle.

“I think it was a hard fought game,” Peterson said.  “Concordia is a good team and very talented in the attack.  They posed different types of problems for us.

“We missed a lot of opportunities early.  But I was very pleased with the guys.  I think they tapped into some extra strength, if you will, and they were able to pull it off.”

“Anytime you can get a win here and move forward, that’s all you’re worried about.”

Peterson watched his team overcome a slow start that might not have manifested in past seasons.

“Nerves played an early part in it, but as the match went on, opportunities kept arising,” Peterson said.  “They stayed focused and kept pressing on.

“A year of experience vs. last year – the difference is that last year we panicked after the first 15 minutes when we couldn’t put the shots away.  This year, they know to settle in and opportunities will continue to come as long you don’t try to start going outside what we’re trying to do.”

As the week moves on, weather is likely to become a factor in sporting events played outside Oklahoma’s borders as well.  But the Eagles had it good in Monday’s contest.

“Yesterday was great.  Today we’re dealing with rain, but tomorrow is supposed to be anywhere from 70 to 80 during the day and at our game time probably around the mid-60s.

“But the rain right now is probably going to make for some interesting field conditions.”

Oklahoma Wesleyan will play its quarterfinal match Wednesday at 4 p.m. against the winner of host school Auburn-Montgomery and Benedictine at the Emory Folmar YMCA Soccer Complex.