East Central falls to No. 12 Ouachita 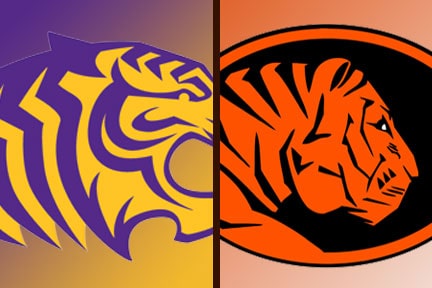 ADA – The East Central University football team fell in its season opener to No. 12 Ouachita Baptist, 24-31, at Norris Field at Koi Ishto Stadium.

The Tigers (0-1, 0-1 GAC) were close in total offensive yards (439-436), with the game coming down to one touchdown. ECU made a late push in the final two minutes of the game and had two passes that were just missed in the end zone and an interception, with 35 seconds remaining, to seal the game.

Senior Rocky Moore had a good opener at the quarterback position, throwing for 405 yards (23-40-1), including three touchdowns. The yardage included an 82 yard pass to senior Nathan Pickett.

ECU got on the scoreboard first, taking a 7-0 advantage, with 2:15 left in the first quarter. David Moore caught a 15-yard TD pass from Rocky Moore that capped off a five-play, 75 yard drive.

The Tigers cut the disadvantage to three at 3:45 in the third whenDavid Moore scored his second touchdown of the game, this time a 31-yard pass. The TD was set up when OBU fumbled a punt and it was recovered by ECU at the OBU 31-yard line.

The Tigers then forced a 24-all tie at 10:17 in the fourth on a 28-yard field goal from junior David Massuere.

While the Tigers pushed in the final two minutes they were unable to get the needed score to force a tie.

ECU will now get ready for their next challenge of the season when they battle with Henderson State, Thursday, Sept. 10 at 7 p.m. in Arkadelphia, Ark.