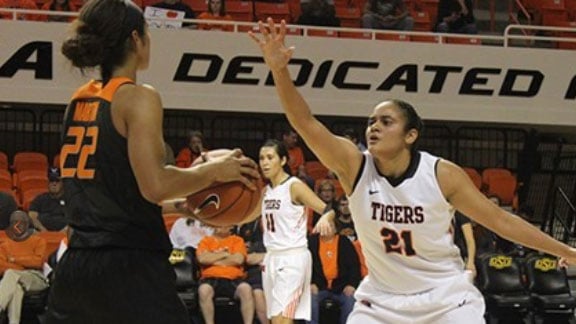 The Cowgirls started the first quarter with strong offense and defense, taking a 14-35 advantage in the first 10 minutes. ECU struggled getting their shots to fall at first, but picked up the pace a little in the second quarter.

The Tigers kept fighting through the fourth quarter and ended the game with a 49-122 final.

The Tigers will play their first official game of the 2015-16 season, Saturday, Nov. 14 when they travel to face Cameron at 6 p.m. in Lawton, Okla. The first home games and the first Great American Conference matchups of the season are set for Nov. 19 and 21 against Southern Arkansas and Arkansas-Monticello.