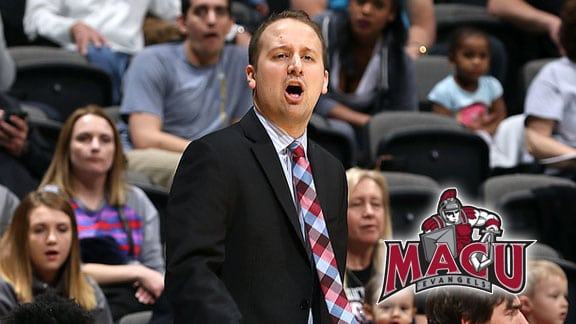 KANSAS CITY – The defending NAIA National Champion Mid-America Christian University Evangels will begin the year in the same spot they ended last season, as the Evangels are ranked No. 1 in the NAIA Top 25 Preseason Coaches’ Poll for the first time in school history, the organization released last night (Oct. 25).

“But we know it’s only a preseason ranking and has no relevance to this season. We still have to come out every night and play the game the right way, knowing everyone will take their best shot at us.”

The Evangels secured the top spot with six first-place votes, followed by second-ranked Georgetown (Ky.), who got one first-place nod.

LSU-Alexandria came in at fifth to round out the top five.

In addition to the Evangels’ top ranking, Oklahoma City University is ranked No. 18 and Texas Wesleyan checked in tied for No. 20.

MACU knocked off No. 2 Georgetown in the title game, No. 4 Biola in the second round, No. 11 Campbellsville (Ky) in the semifinals and started their run by defeating No. 16 Park University in the opening round.

The Evangels are off and running this season, posting a convincing 109-85 victory over Manhattan Christian last night.