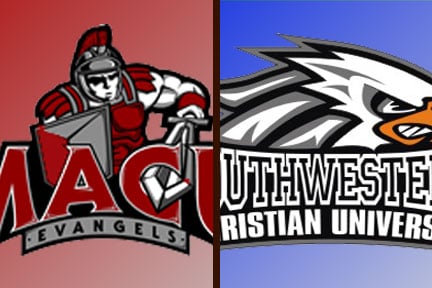 Bonelle got the Evangels on the board in the 28th minute, but SCU tied it nine minutes later on a score from Svetislav Milic as Milic found the net off a deflection of goalkeeper Tyler McIntosh.

In the second half, Duncan Mbugua got free from a defender and then dribbled around the keeper to put the Evangels in front to stay at the 56:12 mark.

Bonelle then fired in a shot from the left in the 65th minute that gave the Evangels a two-goal cushion.

Matthew Yeoman scored moments later for the Eagles, but the Evangels hung on for the win.

McIntosh made five saves in the net for the Evangels and Chris Muter stopped three shots for the Eagles.

The Evangels will look to keep up their winning ways at Baker University next Friday (Sept. 28) at 5:30 p.m. in Shawnee Mission, Kan.