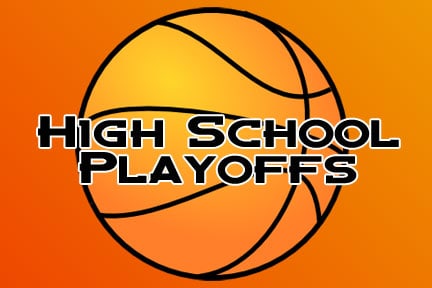 The Fargo Bearcats’ last point in regulation of Saturday night’s Class B Area Consolation Championship came with just over two minutes remaining in the third quarter.  But the 12-point Fargo lead at that point was just enough to hold Coleman off and send the game to overtime.

The Bearcats then outscored the Coleman Wildcats 10-3 in the extra frame to win and move on to the State Tournament through the consolation bracket for the second consecutive season.

Fargo was led in scoring be the 6-foot-6 senior, Pedro Morales, who had a game high 15 points.  Fellow senior Sam Baker had 11 points as well, and both were 4-for-4 from the free throw line in overtime.

Coleman was saddled with foul trouble early on and it clearly made a difference in the team’s play.  The Wildcats picked up four offensive fouls in the first 10 minutes of play and senior guard Colton Stephens sat with his fourth personal foul midway through the second quarter and didn’t come back in until the final period.

Fargo, which had lost 68-52 to Big Pasture the night before, seemed to run out of gas late in the game and was outscored 8-0 in the fourth quarter.

Senior guard James Hicks led the Wildcats with 13 points in his final game.  Jesse Hicks, also a senior and James’ brother scored 11 and Hunter Evans, another senior, put in 10.