Finding the Way through football 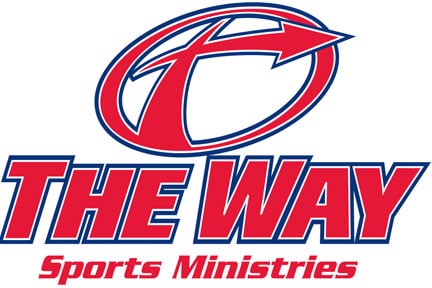 Southern Nazarene football coach Mike Cochran will be in Europe for the next two weeks on a mission trip.  But it may seem to him as just another day at the office.

Cochran and a team of seven others are going to Austria to hold camps teaching groups American football. And along the way, they will get to share the gospel with many men and young men who are extremely interested in knowing the sport.

The focus of this trip is different from what some might think of when the phrase “mission trip” is used.  But the goal is still the same.

“There are work-and-witness type trips that are more service-oriented,” Cochran said.  “But with this mission trip the goal is still to share the gospel to people who have not heard it.  The best way to do that is to build a relationship.

“Football is a means to build a relationship with these young men.  They are very passionate about it and with us being Americans and American football coaches, they certainly are a very locked-in audience.

“It lends credibility and they are very willing to listen to what we have to say because of that.”

With all of the “football” – read here: soccer – from Europe and around the world on television of late, it’s easy to think that this sport is the only one of any importance on the other side of the Atlantic.

But the favor of American football has been around for some time, and is growing.

“When I was in college in 1989, we went over as a team and played in Sweden and in Norway,” Cochran said.  “And I went back in 1998 with a team as a coach and we did the same thing.  And the interest was there.

“But after having gone back last year, we’ve seen that the interest in ten-fold.”

The group is going as a part of The Way Sports Ministries under the direction of Joel Hill.

“I’ve known Joel for some time and done some football all-star games for him with his travel company,” Cochran said.  “About five years ago, he came up with the idea to do mission trips around basketball in Latvia and Lithuania.  And in doing those trips, he was asked if he could put together a football mission trip.”

Cochran connected Hill with Danny Caldwell, a missionary in Austria, who was proposing something just like this to reach out to the people in his area.

“Joel then called me and asked if I would be willing to undertake this (the football mission),” Cochran said.  “I did and last year was our first football trip.”

The continual rise in the exposure of the National Football League beyond U.S. shores has been integral to those looking to relate with others through this sport.

“The NFL’s popularity worldwide has really grown,” Cochran said.  “And the games they’ve done overseas have been a big part of that.  That really helps and a lot of people that I come in contact with will watch NFL games at the oddest times just to be able to watch them.”

But they do watch them and want to do more than watch.  Caldwell stressed the magnitude of the impact of American football in imploring others to come and use it as a link to share something greater.

“For many of my teammates football is the most important thing in life,” Caldwell said.  “It is my goal to show them through football, that there is something of much more worth in life, namely knowing Jesus.”

Coaches from the high school level, college level and even the NFL are participating in this trip.  Southern Nazarene middle linebacker Michael Hicks is also going with Cochran.

“The Austrians are just wanting to know more about American football and I’m excited to get to go,” Hicks said.  “It’s really starting to grow over there.  And I was asked to go to be a part of this ministry and I said I’d love to go.”

The team will be holding two four-day camps in Austria, in Innsbruck and then in Graz.  It is set up for 16- to 25-year-olds with plenty of structured time for both football and for presentation of the gospel.