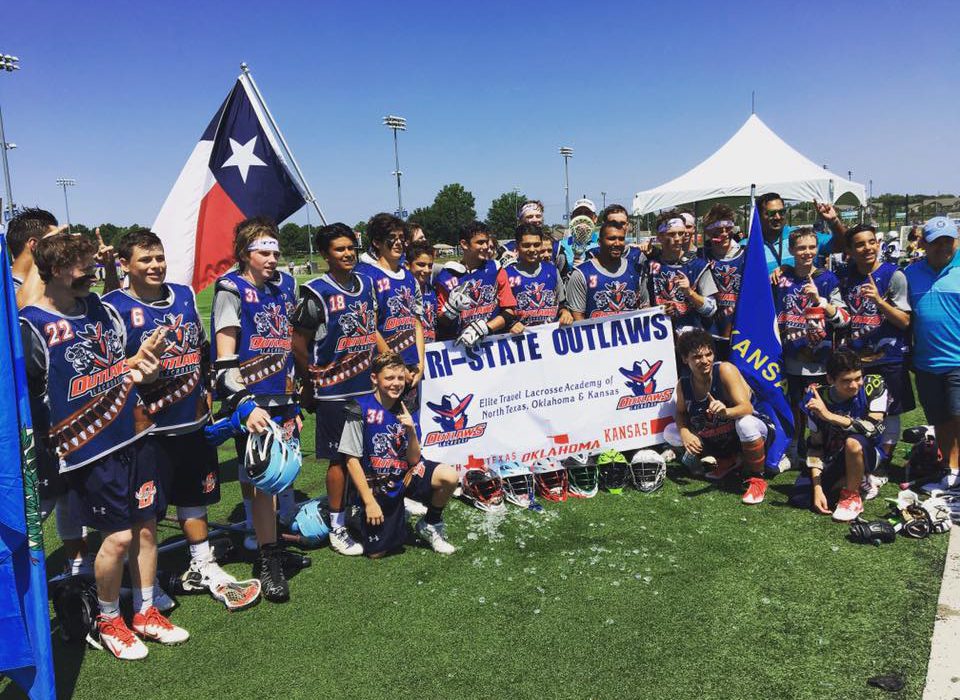 Five young men from Durant are on the roster of the Tri-State Outlaws, which are on their way to Bradenton, Fla., next week to compete in the IMG Fall Nationals Tournament.

The Outlaws advanced to the national tournament by winning the regional tournament in the Kansas City area. Tri-State came out of pool play at the Fountain City Lax Bash, played in Overland Park, Kan., as the No. 3 seed.

They will play in the national tournament Oct. 28-29. The IMG tournament is sanctioned by U.S. Lacrosse as its governing body. The tournament has an international feel to it with teams from the United States and Canada in the 16-team field.

Mike Delloro, a commercial lender at Vision Bank and head coach of the Outlaws, said it is a high-level club lacrosse event.

“It’s just a great way for them to showcase their skills on a much broader field, in terms of being able to play against tougher opponents,” Delloro said. “And really, this is where college coaches recruit out of is the club lacrosse. Really any club sport – that’s where college coaches can really devote their time to find the diamond in the rough.

“Some Durant players have the eyes of the coaches on them, so this is a great way to get exposure.”

There are 26 players on the roster from north Texas, Oklahoma and Kansas.

“It’s been great for the kids to be able to play at this level,” Delloro said. “There aren’t a lot of kids around the country to get this exposure. These fields are pretty tough. It’s been great to see our Durant kids grow through this, being able to play with these players and have some good coaches around them as well.

And Delloro said this just goes to show the level of athleticism that exists around Durant.

“The fact that these kids have only been playing for a few years and they’ve been able to progress this quickly and to play large contributing factors on this team, that’s been great to see. And just to have any participants from Durant in any sports to be able to participate at a national level is always tremendous.”