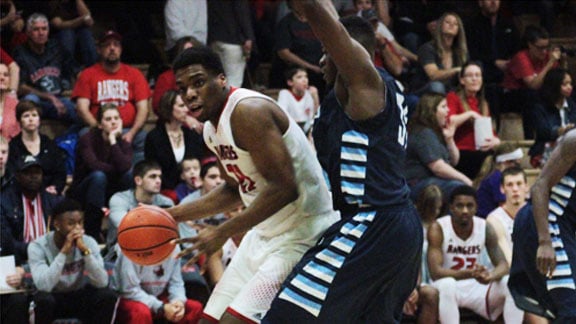 It’s the final weekend of regular season games for Oklahoma’s D-II and NAIA teams before the postseason tournaments during the first week of March. In the conferences in which not all teams get a bid, there is still work to be done for some teams – and against rivals on top of that.
Here are five games to follow tonight:

The Lady Dawgs are starting to put things together near the end of the season and have won five of their last eight. SWOSU needs two more wins to assure itself of a berth in the Great American Conference tournament, but one might get it done, and who better to beat than the conference rival that shut it down in the earlier matchup. Southwestern scored only 10 points in the second half in Alva and the Rangers won, 61-31, in the middle of a stretch of four wins in five games. NWOSU has a chance to finish above .500 in the league for the first time.

Midway through the season, it looked like SWOSU had little chance of making the trip to Bartlesville for the GAC tournament. But have stepped up to the challenge and now need only one win to clinch a spot in the postseason. Both the Bulldogs and the Rangers come into tonight’s game on a three-game winning streak. The two are also at the bottom of the league in scoring, but SWOSU has the GAC’s best scoring defense, giving up 68.2 ppg, while NWOSU is giving up more than seven more at 75.9 ppg. Last year in Weatherford, it came down to a last second Northwestern game-winning shot.

It’s a top 20 matchup in Plainview, Texas. The Lady Bison have won six straight and a seventh consecutive win would lock up the No. 2 seed in the Sooner Athletic Conference tournament. OBU won the earlier matchup, 64-56, and this could easily be the second of three contests between the two, as they are on course to meet in an SAC semifinal.

Southeastern’s magic number is one – and it has been coming into the previous two games.  The Savage Storm still need one more win, or a Henderson State loss, to get into the GAC tourney. East Central can secure the second seed in the tournament and a potential first-round matchup with SOSU with a win tonight. The Tigers won, 74-60, in Ada earlier. Southeastern would like to clinch the tournament bid tonight, because a loss and a Southwestern win could mean a winner-take-all contest when the two meet on Saturday.

Both of these teams are in the GAC Tournament, but both are tied for the third spot in the league. The winner is in control of the third seed with one game remaining; the loser could drop to the fifth seed, depending upon Saturday’s game. The rivalry is there and ECU used a strong second half to beat SOSU, 56-53, at home in January. It’s could be a momentum win heading into Bartlesville for the league tournament.