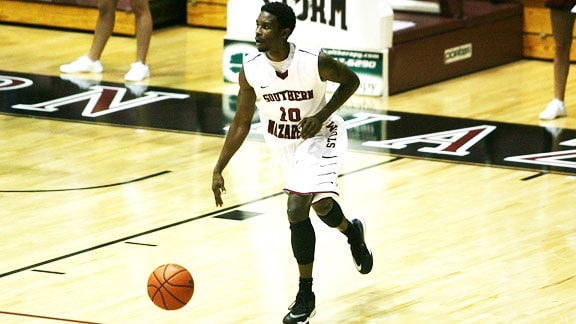 The final weekend of college basketball games gets underway tonight across the state.  Here are five games that will affect the seeding and possibly entrance into conference tournaments as the season winds down.

With 10 and nine games left for SWOSU and SNU, respectively, it may still be a little early to say this is a must-win game.  But if the season did in fact end today, SWOSU would be the eighth seed in an eight-team Great American Conference postseason tournament and SNU would be on the outside looking in.  If the league standings are similar in the second half, this game will likely be one each team looks back on at the end as a gauge of how it ended the season. The Crimson Storm earned a nine-point victory in Weatherford in December. The teams are at the bottom of the conference in scoring – SNU, ninth, 67.8 ppg; SWOSU, 10th, 67.4 ppg – but the Bulldogs are giving up only 66.1 ppg, a league best.

If you’re going to watch the first game on the list, don’t wait until 7:30 to get to the Sawyer Center.  Come for the opener because the same explanation applies.  “Season ends today” scenario has SNU in the postseason tournament as the No. 8 seed and SWOSU, a team that has been in the finals for the last three years and won it twice, would be out.  The Crimson Storm will be playing in their second of three games this week, following nine days off. SNU lost at Southeastern by 24 on Monday. The Lady Dawgs have had seven days to think about one of the worst offensive performances in school history in a 61-31 loss at Northwestern. There is much on the line in both games at Bethany tonight.

On Jan. 15, UCO (then 6-1, MIAA) was on top late in the second half at Fort Hays State (then 7-0, MIAA) and trailed only 51-50 with 4:31 remaining.  FHSU then distanced itself with a 9-2 run and won 60-52. That started a four-game slide for the Bronchos, who are now 6-5 in league play and tied for fifth in the standings. UCO needs to break out of the slump at No. 9 Pitt State and work its way back into the top four. The difference in the MIAA between the No. 4 seed and the No. 5 seed is having to win three or four games to earn the automatic bid to the NCAA tournament from the conference postseason tournament.

These two teams are temporarily tied together (alliteration, anyone?) by what they did to top 10-ranked conference rival OBU last week.  USAO took down the Bison by 18 on Thursday and MACU won by 17 on Saturday. It sets up what should be a great contest tonight. The No. 18 Evangels come in at the top of the league standings and riding a six-game winning streak. Semar Farris is the SAC and NCCAA Player of the Week. USAO is finally starting to hit its stride and has won three of its last five. Markens Charles is the OSN Player of the Week.

Rogers State is one of the Oklahoma schools in transition from the NAIA to the NCAA and is in postseason limbo.  The next 10 games are the final ones for this season for the Hillcats.  To keep on winning – as RSU has four straight victories coming in – is to let the Heartland Conference know what to expect in years to come.  It also helps the seniors that have brought the program through this period go out on a good note.  A win over No. 23 St. Edward’s also avenges a three-point loss earlier in the season in a game RSU led by four with 26 seconds remaining.