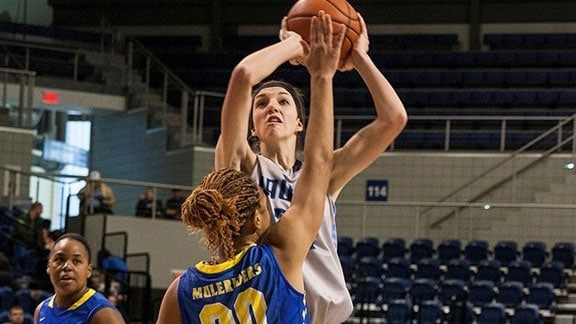 It’s Thursday night, so college basketball is back in action.  Here are five numbers teams are looking to claim tonight.

• 799.  That’s how many wins Mid-America Christian men’s basketball coach Willie Holley will have on his resumé with his next victory.  And all of them at MACU.  Not bad!  The Evangels try to pick up that win as they host No. 11 Wayland Baptist in the Gaulke Center.

• 3. Momentum is just what the doctor order for Southwestern and it has come in the form of Jessica Penner. She gets the chance to follow up her school-record 39 point performance on the road at Henderson State in Arkadelphia.  The Lady Dawgs have won two straight in league play and are trying to win a third and climb back into the hunt in the Great American Conference race.

• 2. The Oklahoma Christian men stopped an eight-game slide with a 20-point blowout of Lubbock Christian on Saturday.  The Eagles are at home for the third straight game to face Newman, who stopped a three-game losing streak of its own.  Which team will carry momentum to a second straight win?