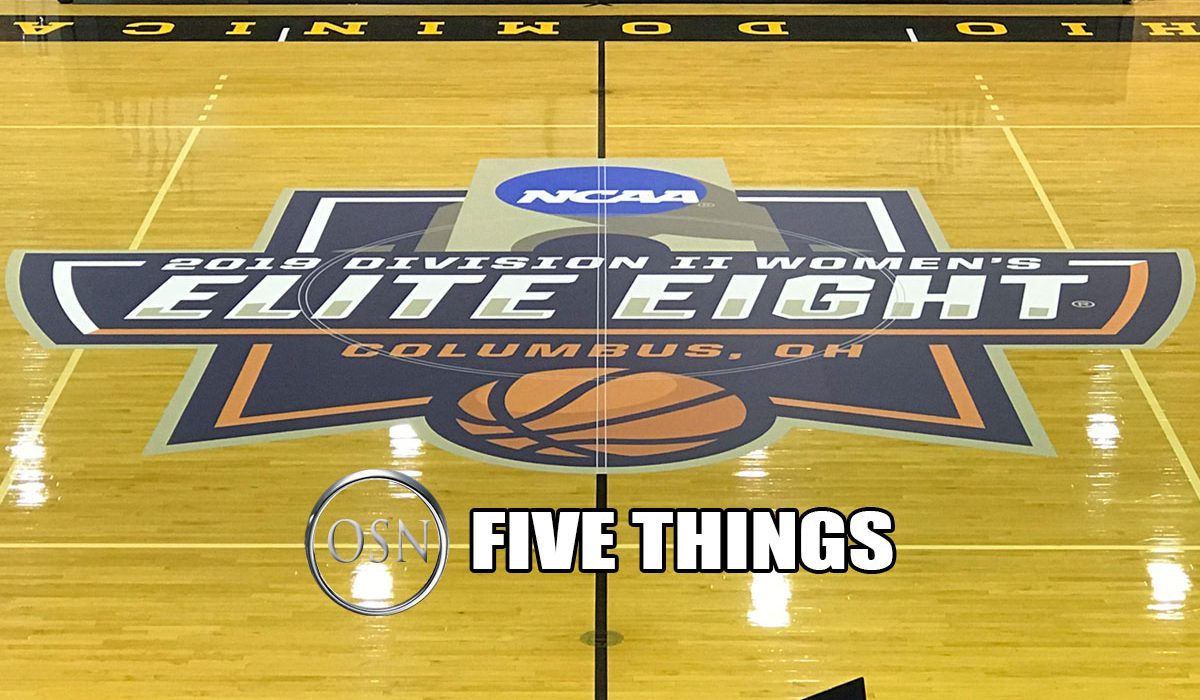 Photo by Doug Self.

It all comes down to this. Southwestern Oklahoma State University and Lubbock Christian University are playing for the 2019 NCAA D-II women’s basketball title tonight in Columbus, Ohio. Here are five things you should about tonight’s matchup, which you can watch on CBS Sports Network (Directv channel 221) at 6 p.m. CDT.

• This is the seventh meeting between the schools and the series is knotted at 3-3. The series is 1-1 at neutral sites.
SWOSU won the most recent edition in a regular season matchup earlier this season. The Lady Dawgs got 25 points from senior Hailey Tucker, while the Lady Chaps got 25 from their senior leader Olivia Robertson in a 77-75 victory for SWOSU.

• Neither program is a stranger to the big stage. Lubbock Christian is playing in the D-II championship game for the second time in four years, and won it all in 2016 with a 78-73 victory over Alaska-Anchorage. LCU also played for an NAIA title in 2006, falling to Union (Tenn.)
Southwestern is playing for its first championship in Division II, but has five banners from its days in the NAIA. SWOSU won in 1982, 1983, 1985, 1987 and 1990.

• This will be second straight game for Lubbock Christian to face an opponent on a 35-game winning streak. LCU defeated No. 1 Drury on Wednesday night in the Final Four. The Lady Panthers came in undefeated at 35-0. Southwestern lost its opening game to Emporia State (and avenged that loss in the Central Region tournament) and has not been beaten since, with a record now of 35-1.

• Hailey Tucker and fellow senior Hayden Priddy headline the SWOSU team as they have all season. And rightfully so.
The two rank second and third, respectively, on the all-time program scoring list and are first and second, respectively, on the all-time Great American Conference scoring list. The senior class (which includes Savannah Gray and Katie Percival) won its 101st game with the Final Four victory over Indiana (Pa.)
But the Lady Dawgs are made up of more than just two players and the team has shown itself strong as a team throughout the playoffs with strong performances from Bethany Franks (who had a near-triple-double in the quarterfinal win over St. Anselm), Tyra Asia (now eighth on the all-time SWOSU scoring list), Taylor Hedrick, Taber Beer and more.

• Lubbock Christian has two current players who already own a ring in Robertson and senior Bobbi Chitney. Robertson leads the way in scoring (14.4 ppg) and rebounding (6.3 rpg). Bobbi’s sister, Maddi, puts up the next high numbers in those categories at 13.5 points and 5.5 boards per contest.

LCU is third in D-II in three-point percentage (39.6 percent) and sixth in scoring margin, outscoring opponents by an average of 20.6 points per game.