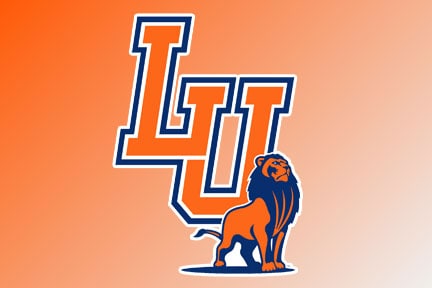 The Langston schedule presented an idle spot last weekend so the Lions took the opportunity to assess the pros and cons from the first game.

Although LU took a (31-10 to Northern Colorado), head coach Dwone Sanders was upbeat about his team’s performance.

“Looking back on it, our guys did some very positive things,” Sanders said.

“We’ve taken this week to focus on the little things.  We’re focusing on finishing plays and on more discipline.  And special teams – that’s going to be a key again.”

Northern Colorado was the first of four straight NCAA Division I (FCS) schools that the NAIA program will face to open its season.

And for their parts, there were bright points to all facets of the Lions’ game.

The offense amassed 331 total yards, already better than the average of 275 per game that ranked the Lions near the bottom of the NAIA list. Senior quarterback Jac’Quon Miles went 23 of 36 through the air for 190 yards with a touchdown and three interceptions.

And Sanders talked about his QB’s progress during the open week.

“Jac’Quon is really focused, even more so now, because he knows the decisions that need to be made,” Sanders said.  “Being a quarterback is about the decisions.  If we make great decisions at that position and he has the right mindset on – like focusing on the linebackers’ drops and where they’re dropping at and hitting that hole – I’m really excited about that.”

And the Lions’ rushing attack had a fair day, but has potential for even more.

“I’m excited about Rico (Kenrick Roberson).  The guy is exciting.  He and Will (Taylor) have a good 1-2 punch. Will is more of a thrasher and Rico is a slasher.  And then there’s Kievon Jackson doing well catching the ball out of the backfield.

“And here’s one thing you can notice and that’s against Northern Colorado we didn’t go backwards.  I like that we’re moving forward.”

Other than catching the quarterback in the backfield a couple of times, the Lions had only three negative yards on the day.

Roberson got into the act on special teams as well, with 4 kickoff returns for 104 yards, including one for 65 yards.

Isaiah Ross led the way for Langston on defense with 10 tackles and a sack.

“Our defense is working hard,” Sanders said.  “They’re that same No. 3 in the NAIA defense from last year.

“We held our own against them, holding them to only 125 yards rushing against us.  We really met a lot of our goals.  We sacked them three times.”

But Sanders said that he knows his offense has to continue to do its part to match the defensive play.

“The longer you stay on the field, we get worn down and that’s when the points happen.  But if you look at the game and box score, those scores didn’t happen until later on in the game.

“In the first half, we were really tight – 10-3 going in at halftime. That lets you know we’re playing some defense.  I’m really excited about those guys.”

Langston will go on the road this week as well to face Incarnate Word.  The Cardinals are in their first season as a Division I program, most recently spending a three-year stint in Division II as a member of the Lone Star Conference.  UIW is competing in the Southland Conference.

Sanders is ready for the challenge.

“Those guys have 63 full scholarships like Northern Colorado and they play a good brand of football.  We’re going to have to go tooth and nail down there, but we do have a good opportunity to win that football game.”