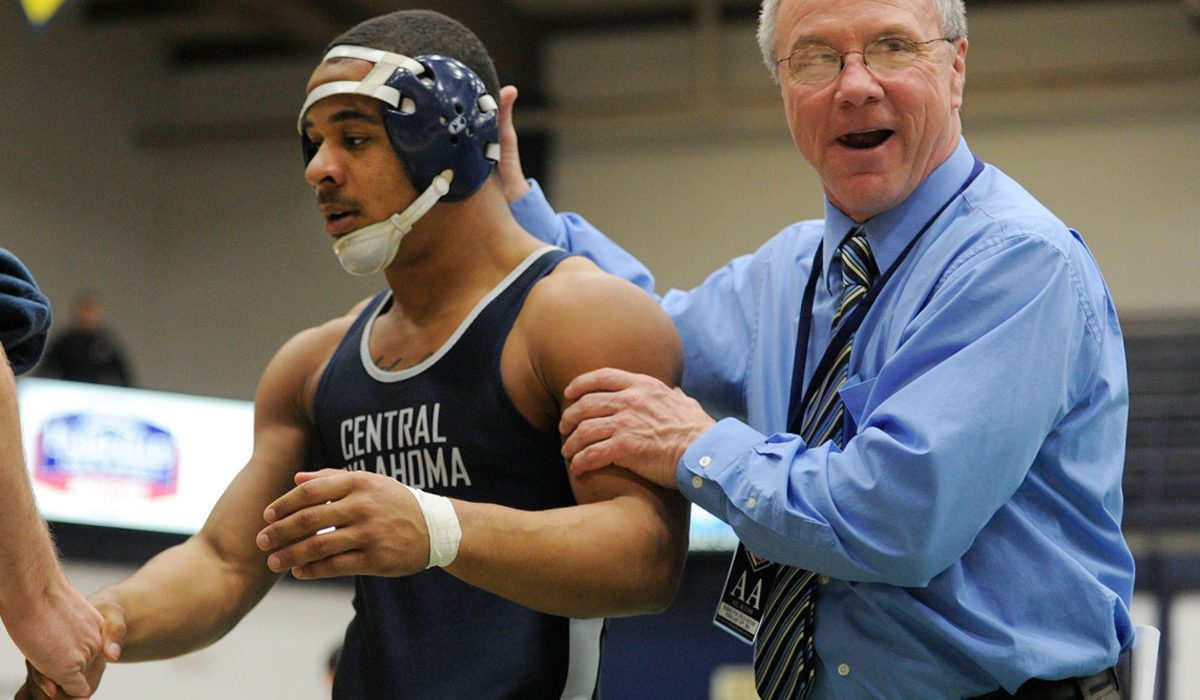 “I’m very humbled and honored,” said James, who spent 34 years as UCO’s head wrestling coach following a stellar four-year career as a competitor for the Bronchos.  “It’s overwhelming to become part of such an elite group and I’m very appreciative.  I was blessed to work with outstanding wrestlers and coaches throughout my career and I share this honor with everybody who was a part of our program.

James was UCO’s head coach from 1982-2016, leading the Bronchos to 12 national championships – second-most among all college coaches at any level — and racking up a 396-144-5 dual record during an amazing 34-year career.  He ranks 40th on all levels of college wrestling in dual wins.

A Del City native, James became UCO’s first four-time All-American during his career with the Bronchos from 1976-80.  He finished third as a freshman and second as a sophomore before winning back-to-back NAIA national titles his final two years and finished with a 116-16 record.

The Oklahoma Sports Hall of Fame inducted its first class in 1986, with 160 individuals and teams now enshrined. UCO cross country head coach J.D. Martin was inducted in 2005 after serving as OU’s track and field/cross country coach for 33 years before retiring and then later coming to Central.