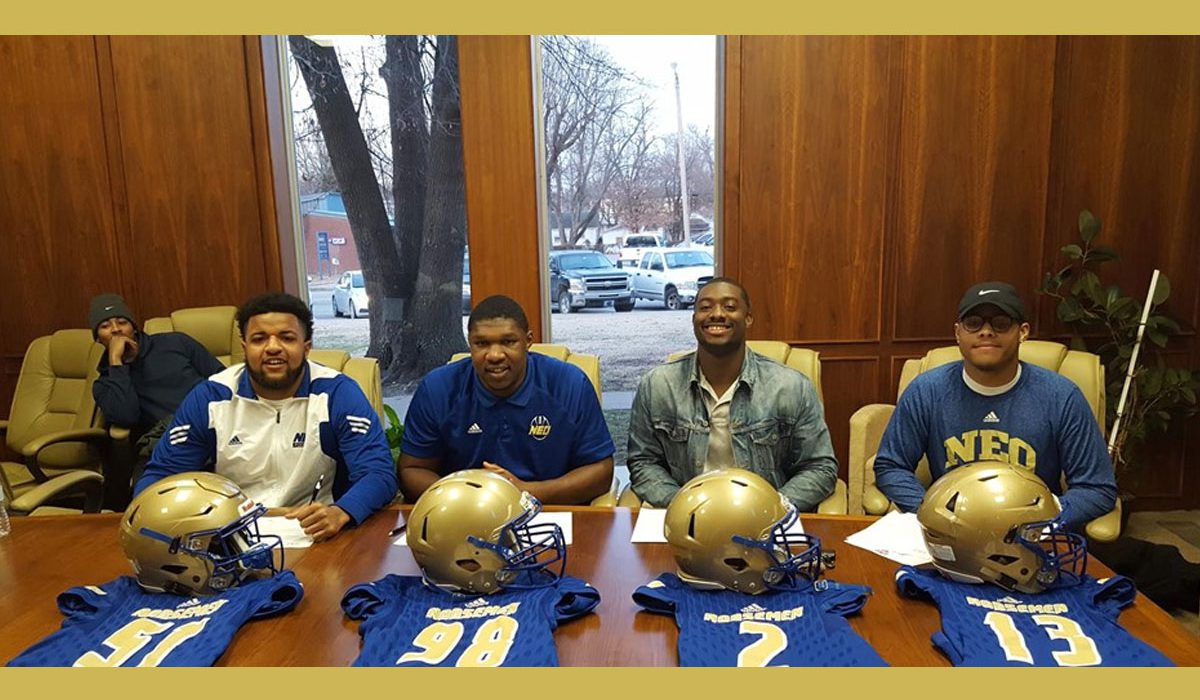 Sophomore defensive lineman, Jamari Chisholm, signed with the University of Texas in Austin, Texas. Chisholm served as the anchor for a defensive line that had 54 sacks on the year. Chisholm joined NEO from Valdosta High School in Valdosta, Georgia.