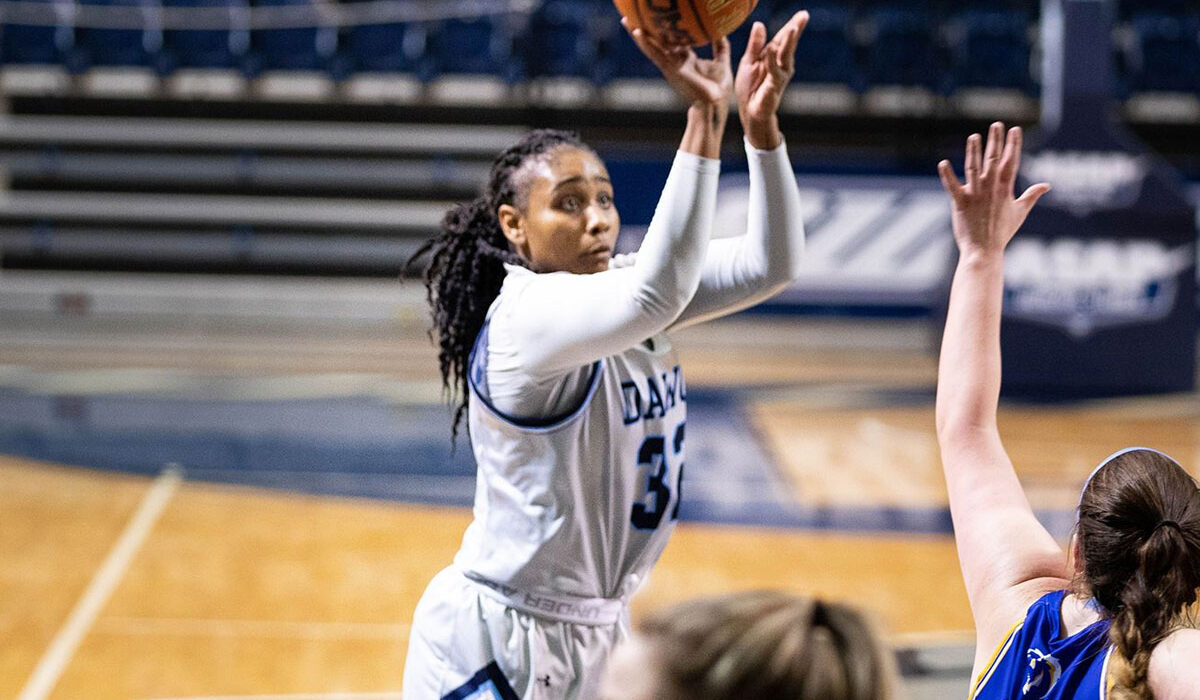 WEATHERFORD – Despite struggling to score at times throughout the game, the No. 17-ranked SWOSU Lady Bulldogs put up 23 points in the fourth quarter and defeated Southeastern Oklahoma State, 74-67, on Thursday night at the Pioneer Cellular Event Center.

SWOSU trailed 11-6 early in the game as both teams struggled to score. Southeastern built an 18-13 advantage, but the Lady Dawgs closed the quarter on a 4-0 run and Southeastern was ahead by a point at the end of the first quarter, 18-17. Bethany Franks held SWOSU afloat in the first quarter scoring eight of those 17 points.

In the third quarter, each team matched up well defensively and the score was tied at 39 midway through the quarter. Both teams picked it up on offense late and SWOSU was ahead 51-48 going into the fourth quarter.

Southeastern took the lead midway through the fourth quarter at 55-54 before Karly Gore knocked in a 3-pointer to spark a 5-0 Lady Bulldog run. Southeastern fired back, but Karly Gore hit another 3-pointer, giving SWOSU a 65-62 advantage with two minutes left to play. Makyra Tramble had a steal and scored a layup on the other end, giving SWOSU a 67-62 advantage with a minute and a half left to play. The Lady Dawgs closed the game on a 7-4 run and won the game 74-67.

Makyra Tramble earned her fourth double-double of the season in the third quarter and she finished with 21 points and 12 rebounds in addition to six assists. Franks scored a season-high 20 points and had four steals. Karly Gore scored 13 points and had three assists. As a team, SWOSU shot 80% from the free throw line and had 13 offensive rebounds, compared to Southeastern’s seven offensive rebounds.

“None of my girls are scared to step up and take the big shot,” SWOSU Head Coach Kelsi Musick said. “We did not play up to our standard, but the big difference in this game was forcing 15 turnovers and scoring off of them. I thought we should have forced more turnovers, but the fact we scored off of those turnovers was great for us.”

The Lady Bulldogs improve to 10-1 on the season and take a road trip to Ada Saturday, looking to avenge their only loss when they meet East Central at 2 p.m.