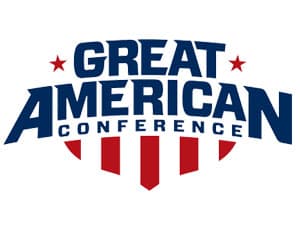 The Great American Conference preseason football poll came out Monday with the East Central Tigers at the top of the Oklahoma schools in the rankings.

Henderson State (Ark.) is the unanimous choice for the No. 1 spot.  Coaches were not allowed to vote on their own school.  The Reddies return standout junior quarterback Kevin Rodgers, who was a Harlan Hill Trophy candidate in 2012.

East Central was tabbed to finish fifth in the league, which begins its third full season in 2013-2014.

The Tigers went 6-5 in 2012, but finished the season strong on a three-game winning streak.

Southeastern comes in right in the middle of the pack in the No. 6 spot, followed closely by Southwestern at No. 7.

Northwestern and Southern Nazarene rounded out the poll at Nos. 10 and 11, respectively.

* Northwestern and Southern Nazarene were not eligible for the 2012 GAC football championship.