Garcia comes up just short in qualifying round at U.S. Olympic trials 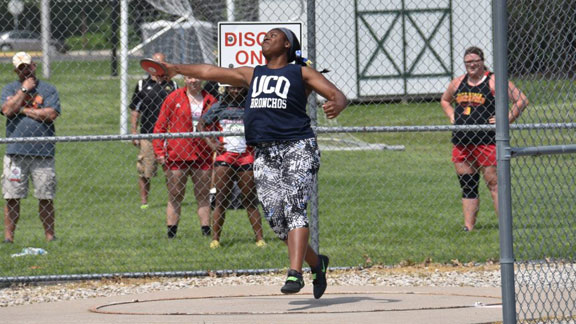 Mariah Garcia has had a tremendous year, but she wasn’t able to advance at the U.S. Olympic Trials in Eugene, Ore.

The sophomore from UCO had only one legal throw of her three attempts on the day. Her third throw went 180′-0″.

That was good enough for 15th on the day. Only the top 12 advance to Saturday’s finals.

Whitney Ashley had the best throw of the day at 200′-8″. The 27-year-old won the NCAA discus title in 2012, competing with San Diego State University.