Gibson gets 600th win as RiverHawks fly past Rangers 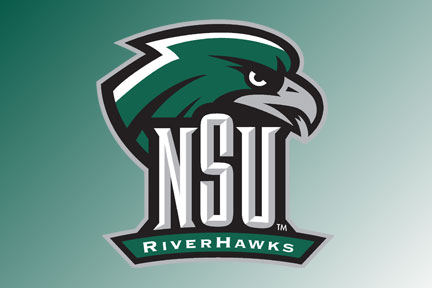 Gipson is in his 28th overall year as a head coach is 600-262 between his 18 years at NSU and Northeastern Oklahoma A&M. With the RiverHawks, Gipson holds 310-185 record.

The RiverHawks led for nearly the entire contest with four players hitting double-figures.  Cailyn Long paced all players on the floor with 22 points and she had five rebounds in the win, her offensive output was best outing since scoring 27 on Dec. 30, 2015 against Southwestern Oklahoma.

Destiny Strange and Kylie Looney both had 14 points.  Strange had a career high eight rebounds along with an assist and block, Looney had five grabs off the glass with a block and assist against the Rangers. Rylie Torrey was NSU’s fourth player in double-figures with 12 points, five rebounds, and four assists.

Northeastern State had a four year high with 50 rebounds as a group with Mary Jane Buschmann netting 12 boards, she was two points short of a double-double with eight against Northwestern.  The senior had four assists and two steals.

At the free throw line, NSU was nearly flawless going 19-for-20 with Long hitting all nine shots and Torrey making all six.

Northeastern State led by a dozen points early in the first quarter but the Rangers rained down five treys to shave off the RiverHawks lead to single digits.   NSU had its largest lead of the game in the fourth quarter at 18 points and held onto a double-digit lead for nearly the whole second half.

Northwestern Oklahoma was limited to 30 rebounds and they had four in double-figures.  Both Kalea King and Ashley Pride led the Rangers with 14 points.

In the turnover battle, the Rangers had the edge with 14, six fewer than Northeastern State.

The win for the RiverHawks will send them to 1-1 overall and Northwestern Oklahoma goes to 0-2.

Northeastern State will visit nearby Rogers State in Claremore on Wednesday for a 5:30 p.m. tipoff.

INSIDE THE BOXSCORE
– The 82 points was NSU’s best offensive day since scoring 87 on Feb. 7, 2013 against Lindenwood.
– First time since Jan. 12, 2012 against Central Oklahoma that the RiverHawks had 50 rebounds.
– Northeastern State led 40-to-12 inside the paint.
– Cailyn Long and Rylie Torrey went a combined 20-for-20 at the free throw line at the MIAA/GAC Challenge.
– NSU took the lead for the final time off a Long free throw at the 8:33 mark in the first quarter.
– Sunday’s win snapped a six game skid for the RiverHawks.