The goal at Bartlesville is a state championship for both No. 1 cross-country teams 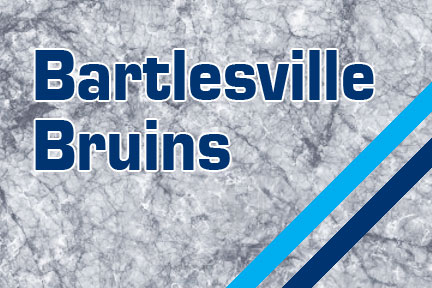 The cross country team has gone to great lengths this season by training hard and putting in miles every day to put them where they currently are.

Both the boys and girls cross country teams are ranked first in the state for the 6A division. The girls are two time state champions. The boys have not won a title, but finished second at state last year, and fourth in 2014.

The team has been training for the season since Memorial Day. As the season comes to a close, the team as a whole has finished better than any other Bartlesville team in past years.

The varsity girls have won every regional race with the exception of Cowboy Jamboree at OSU on Sept. 24, where both the boys and girls teams finished second.

With regionals and state rounding out the last part of the season, there are high expectations on the team.

Ayres also expects every runner to push themselves and do their best at State and Regionals.  Regionals will be hosted at Mohawk Park, Oct. 22. State competition is hosted the following week at Edmond Santa Fe on Oct. 29.

“This is the hardest working team I’ve ever been a part of,” Ayres said. “I’m very proud of all the great things they have done and everything they have accomplished this year.”

This story was originally posted on 4E Voices and was republished with permission.