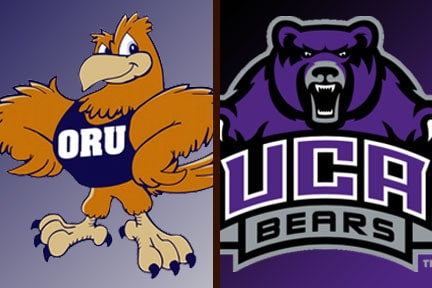 It was smooth sailing for the Golden Eagles (3-2) during the first two sets as they recorded attacking percentages over .350 during both sets.

Central Arkansas (2-3) finished the third set on an 11-4 run, thanks in part to six Golden Eagle errors to keep their momentum heading down the stretch. ORU was held to just 12 kills and a .121 hitting percent in the set.

Oral Roberts would set the tone early in the fourth and cruise to the win thanks to timely hitting and solid defense on the defensive backline, holding UCA to just seven kills in the final frame.

Inside the Box Score

Up Next
The Golden Eagles will wrap up the UCA Invitational Saturday when they face Incarnate Word at 10 a.m. and Louisiana-Monroe at 2:30 p.m.