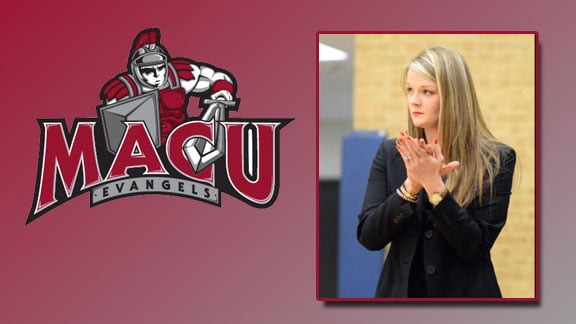 “I am honored and extremely excited for the opportunity to become the head women’s basketball coach at MACU,” Moeller said. “It feels like a dream come true to return to the Sooner Athletic Conference, especially at an institution like Mid-America. In the last three to five years, I’ve seen tremendous growth not just in size and in buildings but in morale and in spirit. Those types of things breed enthusiasm and excitement. It’s such an opportunity to be a part of something that’s moving in a good direction.”

“The greatest opportunity of all, for me, is to be able to continue to use the game of basketball as a tool to reach more young women with the gospel of Jesus Christ.  I am grateful to President Dr. John Fozard, Student Engagement and Success Vice President Jessica Rimmer and Assistant Athletic Director Zach Bice for their confidence in me. I look forward to many great days ahead for MACU women’s basketball.”

In her four seasons working with Hillsdale Free Will Baptist, Moeller accomplished the following:

In addition, Moeller was responsible for the recruitment and development of the following student-athletes:

Moeller holds an Associate of Arts from Southwestern Christian University and a Bachelor of Science in Sports Management from Rogers State University. Her graduate work is in physical education from the University of Central Oklahoma. Hannah, her husband Marcus and their 10-month old son Owen reside in Oklahoma City and attend Frontline Church Downtown.

“We are looking forward to having Coach Moeller as a part of the athletic program at Mid-America Christian University,” said Rimmer. “When we hire a coach, we are looking for someone who can produce a high-quality student-athlete experience on and off the court. We believe Hannah Moeller is the right person to lead the competitive effort at MACU.”