Haymon has big day with three TDs in Tyler 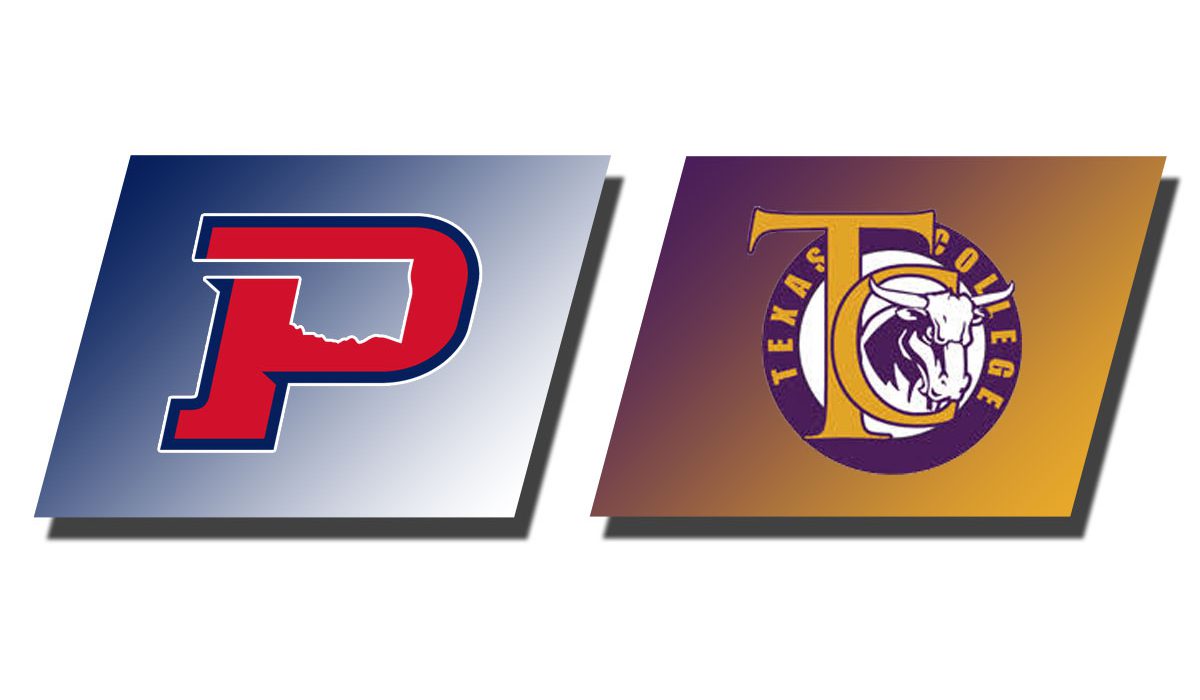 TYLER, Texas—The Aggies added win number six to the books this week, taking a 34-13 road victory over Texas College on Saturday afternoon. The conference win gives the Aggies a 6-3 overall record with a 5-2 record withing the Central States Football League. Junior running back Orlando Haymon put in a prime performance for Panhandle State with three touchdowns on the day.

Haymon racked up 157 yards rushing on 11 carries including the 13-yard scoring run that gave the Aggies an early lead in the first quarter; a blocked PAT held the score at 6-0. As the first quarter ticked down, Haymon received another handoff from starting quarterback John Polston, taking it 29 yards into the endzone to pull the Aggies into a 13-0 lead going into the second quarter. In the first fifteen minutes of play, the Aggie defense forced two punts and held the Steers to 53 total yards on offense. Dominick Bell, Nathan Leithead and Charles Stone combined on a quarterback sack, and a missed field goal attempt left the Steers scoreless through the first quarter.

Texas College maintained possession to start the second quarter and, despite a strong defensive front that brought another sack by Leithead and Jasper Smiley, the Steers chipped away 32 yards over nine plays to light up the scoreboard with their first TD of the day. Haymon got off a great return on the ensuing kickoff, going 27 yards to place Polston and the Aggie offense near midfield on the OPSU-40. The Steers stopped progress with two tackles for loss, and an incomplete pass sent in Jacob Test and the punt unit. Panhandle State stood steadfast and forced a turnover on downs on TC’s next drive.

The Aggies opened with two runs by Cedric Agyeman for a combined eight yards, and then moved the chains into Steer territory with a 41-yard pass completion from Polston to receiver Nick West. Haymon then took a 25-yard carry across the goal line to score his third TD of the day. De’Adreylle Fites was on-target with a big tackle for loss on a first down, quarterback keeper by the Steers. Two incomplete passes brought the punt team out and Polston took over at the TC 31. A quick 17-yard pass to Kameron Taylor opened the drive with a first down for the Aggies. Polston tucked the ball for a seven-yard gain on the next play, breaking the barrier within the ten-yard line. Agyeman went the rest of the way on a nine-yard rush for a touchdown to send the Aggies into the locker room with a 27-7 lead at halftime.

The Aggies failed to convert on their first possession of the third quarter, giving Test an opportunity to boom a 46-yard punt down to the TC-12. Texas College’s quarterback kept the ball for four of the six plays on the next drive, but was held up on fourth-and-one by a tackle for loss by D’Darrin Primes. Polston would not fare much better on the next series, sending out Test for another punt.

Texas College threatened with a 66-yard drive that set up a second-and-seven play on the OPSU-32. An incomplete pass was followed up with a fumble on the next handoff, forced by Charles Stone and recovered by defensive back Warren Dillon. The Aggies ran out the third quarter with three consecutive carries by Haymon, good for 35 yards; Preston Baker added six yards on two hand offs giving the Aggies the ball on the TC-33 to start the fourth.

With good field position, Polston set up a pass play, but sent the ball into the opposition’s hands with an interception that was returned for 20 yards by the Steers. The Aggies defense did their jobs and kept the Texas College offense at bay with a three-and-out series; the Steers’ punter lofted a 50-yarder which was downed on the Aggie three-yard line. The Aggies struggled to leave the shadow of their own end zone, but a Polston pass to Nate Knitig was backed up by a QB keeper that went for seven yards and moved them beyond the 35-yard line. Polston suffered an unfortunate fumble on a tuck and run on the next play, and the Steers took over on the Aggies’ side of the field. Kameron Lyons and Jasper Smiley teamed up for another Aggie sack on the Steers, for a loss of 11 yards on fourth-down.

Starting on the 50-yard line, Haymon took two carries 35 yards into the red zone. With DJ Scott in at quarterback for Panhandle State, a pass connected with Braylon Chandler and landed for a six-point reception. The Aggies led 34-7 and the Darkside Defense brought another three-and-out stop. Scott and Baker grounded out 37 yards but were stuffed for a loss to turn the ball over on a fourth-and-four run play. The Steers managed on more score as they took over on the fifty and sent four passes and two runs into the end zone. D’Darrin Primes got up for the blocked PAT leaving the final score at 34-13.

For the game the Aggies totaled 271 yards rushing led by Haymon with 157; Baker accumulated 54 yards on ten carries and Polston accounted for 27 yards on the ground. Polston and Scott combined for 190 yards passing with Polston going 11-of-22 for 160 yards and one TD; Scott was two-of-three for 30 yards and one TD. The Steers finished the day with 140 rushing yards and 129 passing yards, spreading the workload out over three quarterbacks. The Aggies’ leading receiver was Nick West with three catches for 73 yards.

Nathan Leithead led the defensive efforts with 14 tackles (seven solo and seven assists), three tackles for loss and one sack. Linebacker Jawan Purifoy was credited with ten tackles and one TFL, and Dominick Bell took down nine tackles, 1.5 TFL and one-half sack. The defense totaled 4.5 sacks and 11.5 tackles for loss of a combined 30 yards.

“It’s great to bounce back with another road Conference win,” Gaskamp said. “That’s the fourth victory that we have one on the road this year, the most in any of my six years here at Panhandle State. It shows that we have a mentally tough football team and I am proud of the way that we have traveled all year.”

With one game left on the schedule, Gaskamp continues to look ahead.

“Now all of our focus goes on sending our seniors out the right way. We have 17 guys that are significant players in our program and have played a lot of football for us, and they deserve to end the season 7 and 3. Historically getting the seven wins is a big deal we have only been at once since 1986. We have an opportunity to have three winning seasons out of the last four years which has also been a rare occurrence.”

The Aggies will host their final CSFL matchup of the regular season this week with a 2 p.m. game against Texas Wesleyan on Saturday, Nov. 11. Fans are encouraged to come early as the annual Chili Cook-off will take place prior to the game in the tailgate zone which opens at 10 a.m. Seniors will be recognized inside Anchor D Arena before kickoff and the winners of the chili cook-off will be announced at halftime. Saturday’s game day sponsor is PTCI and Coach Gas hopes to see packed stands and an energetic crowd that brings the noise for the Aggies’ season finale at No Man’s Land.