Henderson rushes to top of career list against Arkansas Tech 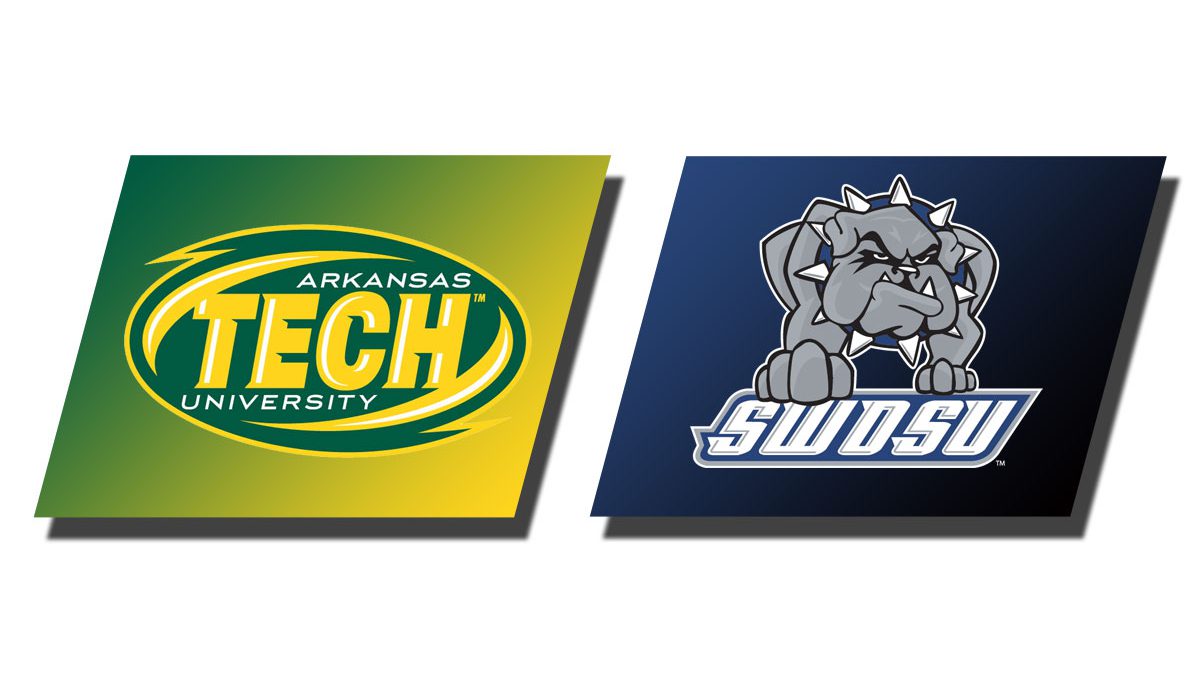 WEATHERFORD – SWOSU junior running back Karltrell Henderson rushed for a season-best 127 yards and two touchdowns on 19 carries against Arkansas Tech, but it was the Golden Suns leaving ASAP Energy Field with a 38-21 victory over the Bulldogs on Saturday afternoon.

Arkansas Tech scored the first 21 points of the game on three rushing touchdowns and going up 21-0 with 3:52 left to play before halftime. It was on the next drive that SWOSU’s offense got going, using the record-breaking 54-yard rush from Henderson to move deep into Tech territory. Four plays later, Henderson got his first score of the game from three yards out and the Dawgs trailed 21-6 at the break following a missed extra point.

After ATU scored to make it 28-6, SWOSU went on a five-play, 75-yard touchdown drive that was capped off with a six-yard scoring run from quarterback Casey Freeman. A jump pass from Freeman to Dylan Power was completed for the two-point conversion and the Dawgs were back within two scores at 28-14.

Early in the fourth quarter, SWOSU got their finals core on a seven-play drive that covered 65 yards – the final one on a touchdown plunge from Henderson that made it 38-21 with 12:33 to play. Both teams were held scoreless over the final 12:33, allowing the Wonder Boys to hold on for the victory.

Henderson’s big day leaves him with 2,137 career rushing yards, which moves past Jimmy Jenkins for the top spot on SWOSU’s Career Rushing list for the NCAA Division II era. Jenkins had 2,033 yards on the ground during his time at SWOSU from 2000-04. Henderson now holds the career rushing yards and rushing touchdown records in less than three full years of play in a Bulldog uniform.

Casey Freeman battled the western Oklahoma wind to the tune of 13-for-30 passing, good for 163 yards while being held without a touchdown pass for the first time in five games. Dylan Power and Henderson each had three receptions while Adrian Williams and JR Omigie led the Dawgs with 44 and 43 yards receiving, respectively.

Arkansas Tech outgained SWOSU with 440 yards of total offense compared to 276 for the Dawgs. ATU was balanced with 229 yards rushing and 211 yards through the air. Senior linebacker Austin Loomis had eight tackles to lead the Dawgs on defense and Dominic Blue added seven tackles and 1.5 tackles for loss. Colten Buie and Gerald White each recorded sacks for SWOSU while Dejai Johnson was busy on the line with four tackles and two quarterback hurries.

SWOSU falls to 2-5 on the year and in Great American Conference play with four games remaining. The Dawgs are back on the road next Saturday, heading to Searcy, Ark., to face Harding.