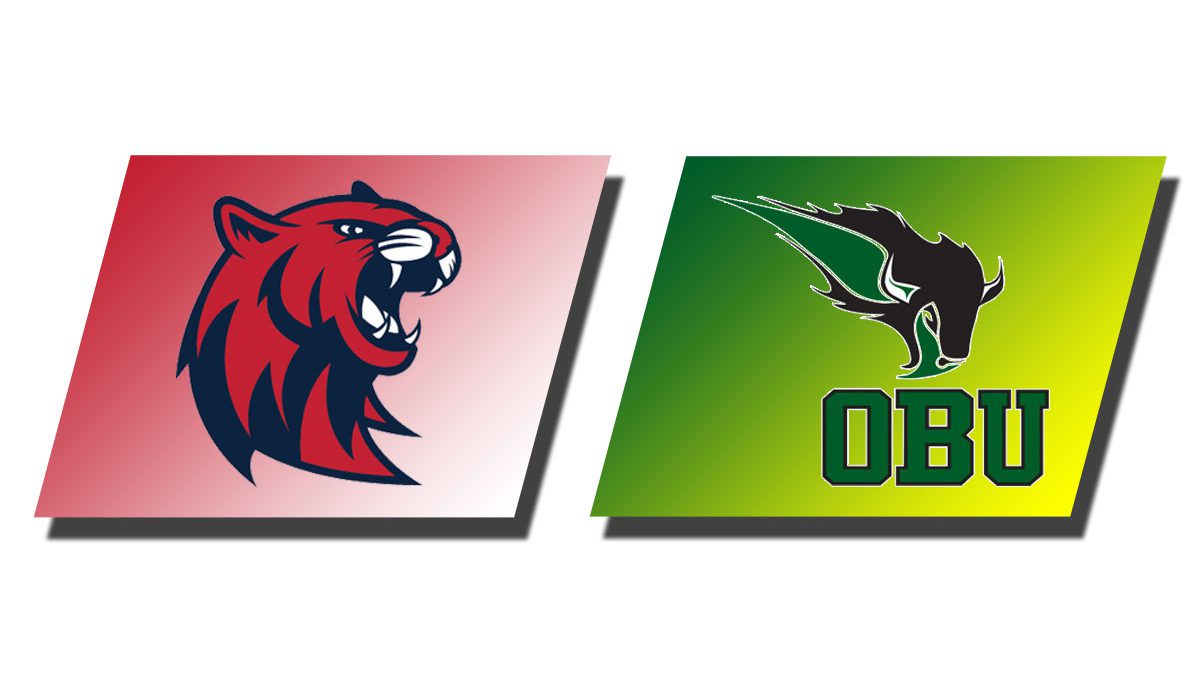 SHAWNEE – The Rogers State softball team split two games of a doubleheader at Oklahoma Baptist on Tuesday with the Hillcats taking game one, 3-1, but falling, 7-4, in the second contest at Lady Bison Park.

The navy and red scored three late runs to steal a tight 3-1 win in the first game of the doubleheader.

Freshman pitcher Edie Fairchild pitched a seven inning complete game, keeping the Lady Bison scoreless through 5.1 innings. Fairchild moved to 2-1 on the season in her longest appearance of her short RSU career as she totaled one strikeout with eight hits allowed and the one run.

Freshman catcher Kenzie Lloyd, who was making her fifth straight start, opened the scoring for the Cats with an RBI single up the middle to bring home Katelyn Gamble for a 1-0 score in the fifth inning. Gamble reached base due to an error from OBU and used her speed to advance into scoring position with a stolen base, her team-leading 15th of the season.

The Hillcats added two more runs in the sixth inning to open up a 3-0 edge. After Arika Araujo singled to right, Kayla Patterson put down a sacrifice bunt to advance pinch runner Kenzi Ziem; however, the Lady Bison threw the ball past first base to allow Ziem to score and Patterson to move all the way to third base. Ali Turner scored Patterson with a bunt for the 3-0 margin.

OBU plated its only run on a high fly ball that managed to clear the fence with some help from the wind to pull the Lady Bison to within two at 3-1. OBU put the tying run at the plate twice in the sixth and the seven innings, but Fairchild closed out the threats to lift the Cats to the victory.

Lloyd finished 3-for-4 hitting with one RBI at the plate from the No. 2 spot in the lineup.

The Hillcats built an early 3-0 advantage in game two, but the Lady Bison rallied with five runs in the fifth inning to earn a split in the doubleheader with a 7-4 win.

RSU started fast in game two as Taylor Santistevan hit a two-run bomb to center that just barely missed the OBU scoreboard to put the Cats up 2-0 in the first inning. In the opening inning, the navy and red totaled four hits with five-straight Hillcats reaching base before an inning-ending strikeout.

The Cats added one more run in the second inning when Harli Wheeler scored on a fielder’s choice for a 3-0 advantage.

In the third inning, the Lady Bison plated one run for a 3-1 score due to an error by the RSU defense. OBU pulled to within one run with a single up the middle in the fourth to make it 3-2.

OBU tallied five runs in the fifth inning to gain a 7-3 lead. After a walk to start the inning, the Lady Bison scored their first run on a double to center to tie the score at 3-3. The double started a run of six straight hits for OBU. An RBI single put the Lady Bison up 4-3, and the hits continued with an infield single to put two runners on. OBU totaled the final three runs on a three-run home run to center for the 7-3 score.

The Hillcats tried to rally as Danelle Day hit a sac fly to left to score Patterson for a 7-4 score, but RSU couldn’t overcome the three-run deficit.

Mikayla Waggnor went 2-for-3 at the plate. Lloyd continued her impressive day, finishing 2-for-4. Araujo was 2-for-4 at the plate.

Megan Rosewell started in the circle, going 4.1 innings. She allowed six hits and four runs with two strikeouts. Fairchild came in to pitch the final 1.2 innings. The freshman gave up three runs on six hits.

The Hillcats return home for the first time in 14 games when RSU hosts Texas A&M International on Friday (March 31) with a doubleheader starting at 3 p.m. at the Diamond Sports Complex. Coverage will be available on the Hillcat Network at www.rsuhillcats.com/live.