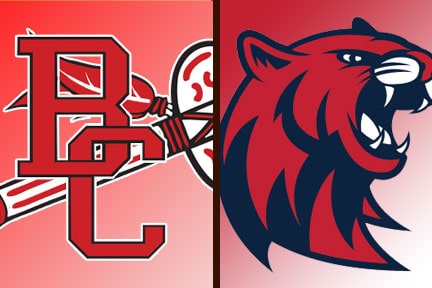 CLAREMORE – The Rogers State men’s basketball team used a single-game record 17 three pointers on its way to a school record 118 points in a 118-64 win over Bacone to remain unbeaten on the season.

Six different Hillcats scored in double figures in the rout led by Donald Moore’s 20-point effort, matching his career high. J.C. Hartzler added 19 points draining a team-high five treys as Moore and Travis Hester each added four from behind the arc and the team shot 50 percent from long range (17-of-34).

Hartzler quickly opened the scoring hitting back-to-back three-pointers as RSU raced out to a 15-3 advantage after Jordan Huffman knocked down an outside shot. The lead stretched to 31-11 with a 10-0 spurt at the mid-point of the opening frame.

The second half began with RSU scoring nine of the first 11 points for a 66-36 advantage highlighted by a one-handed slam by Travis Julien, running the fast break off a steal. The largest lead of the night, 54 points, came in the final minutes with the Hillcats keeping their record unblemished, winning 118-64.

Huffman finished the night with 14 points, while Robert Johnson and Hester added 12 and Jeylyn Sharpe tallied 10 points. Johnathon Buckley scored nine points and grabbed a game-best nine rebounds, including five on the offensive end, to go with a career-high three blocks.

RSU dominated the paint out-scoring the Warriors by a 54-14 margin and blocked 10 shots, which ranks second in single-game history. The Cats also held a 51-27 edge on the glass as all 11 players that saw the court pulled down at least two rebounds.

The Hillcats (6-0 overall) continue their seven-game homestand with a non-conference matchup against Cameron Dec. 5 for the Holiday Hoops Extravaganza at the Claremore Expo Center.