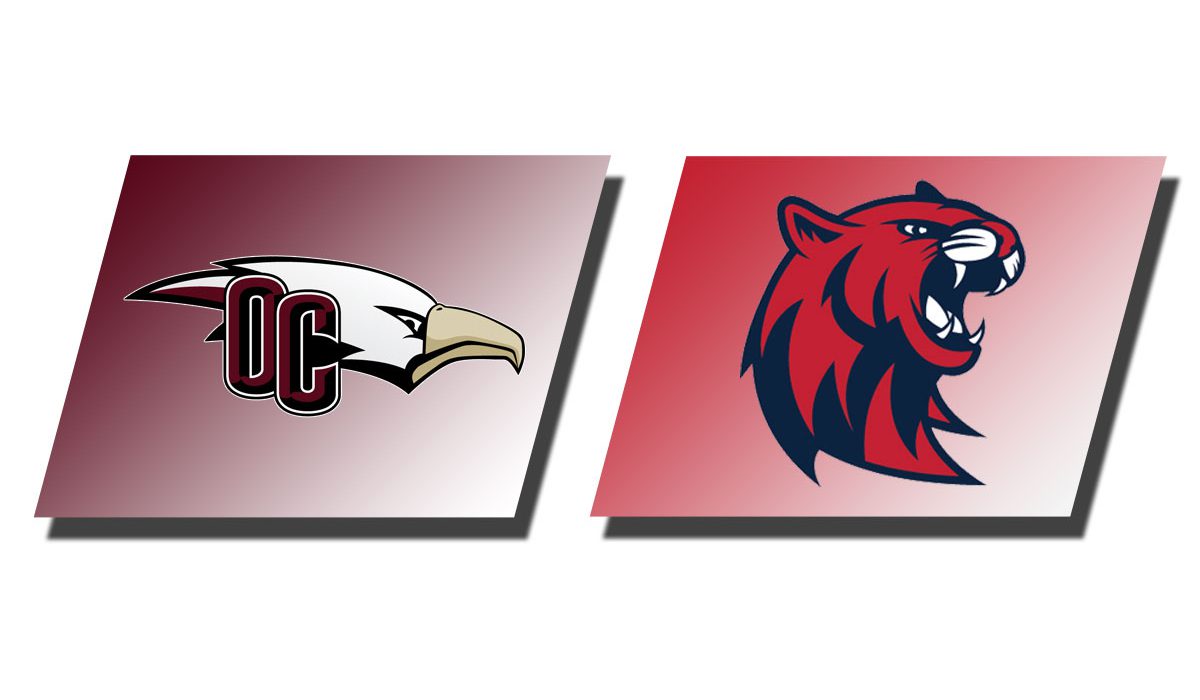 CLAREMORE – The Rogers State men’s basketball team used a strong second half to erase a five-point deficit and earn a 80-75 victory over Oklahoma Christian on Senior Day on Saturday (Feb. 24) at the Claremore Expo Center.

RSU rallied in the final eight minutes after trailing by six at 62-56 with 8:19 remaining. The Cats went on a 9-0 run started by a Gage Loy’s 10-foot jumper for a 62-56 margin. A pick-and-roll gave senior Don Leak a dunk after he rolled to the basket and senior Baron Smith Jr. found him for the slam. Smith put the navy and red up by one on a 3-pointer from right wing in front of the RSU student section and he was fouled for a 63-62 score with 6:36 on the clock. The run concluded with a Tate Turner basket at the 5:57 mark for a 65-62 score.

Senior Gage Loy closed the door on the Eagles when he sank a long 3-pointer with 39 seconds remaining for a seven-point 76-69 score.

Smith made two free throws with two seconds left to give the Cats the 80-75 win and stop any chance for OC.

The seniors combined to score 47 points, grab 17 rebounds, dish out 11 assists and block four shots in the last home game for Leak, Loy and Smith. Smith finished with a game-high 26 points, going 12-of-13 shooting from the free throw line. Loy sank four 3-pointers and was 7-of-9 shooting from the field for career-high 18 points. Leak was a force inside with 10 rebounds and two blocked shots.

The Hillcats are the No. 5 seed in the Heartland Conference Tournament and play No. 4 seed Lubbock Christian on Friday (March 2) at 12 p.m. at the Union Multipurpose Activity Center (UMAC) in Tulsa, Okla. Radio coverage will be available on RSU Radio 91.3 FM.