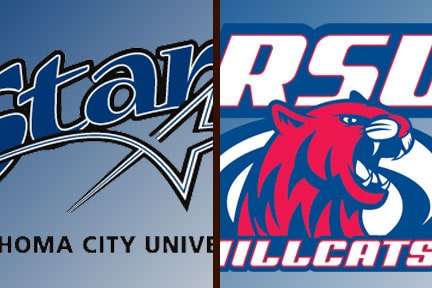 The teams battled throughout the first half but OCU took a 1-0 lead into the locker room at the break. The Hillcats fired three shots on frame in the first stanza and the Stars put four shots on goal.

RSU got the first real scoring opportunity in the game with 12 minutes to play in the half as Melissa Subu crossed the ball into the box. Jianna Piela headed it towards the back post where it went off the head of a OCU defender and nicked the bottom of the crossbar and out of the goal to keep the score tied 0-0.

Minutes later, Sandra Hallin hit the cross bar at the other end of the field for the Stars. Allison Worshman broke the tie in the 39th minute of the game as she collected the ball at the top of the box off a defensive miss-clear and fired it past the keeper just under the crossbar.

The Stars doubled their lead in the 62nd minute as Meghan McMahon dribbled down the line and slotted the ball into the box for Worshman who buried it past the keeper.

OCU blasted seven shots on frame in the second stanza finishing the game off with two more goals. McMahon earned a goal in the 75th minute and Allie Glazner put the game on ice in the 77th minute with a goal of her own.

Despite coming up with seven saves in the contest, junior Jordan Harris was tagged with the loss in goal. Ashley Bechtold earned the shutout win, making five saves on the day.

Rogers State (8-2, 0-1) returns to action on Tuesday as the Cats travel to the University of Science and Arts in Chickasha, Okla. 4 p.m.