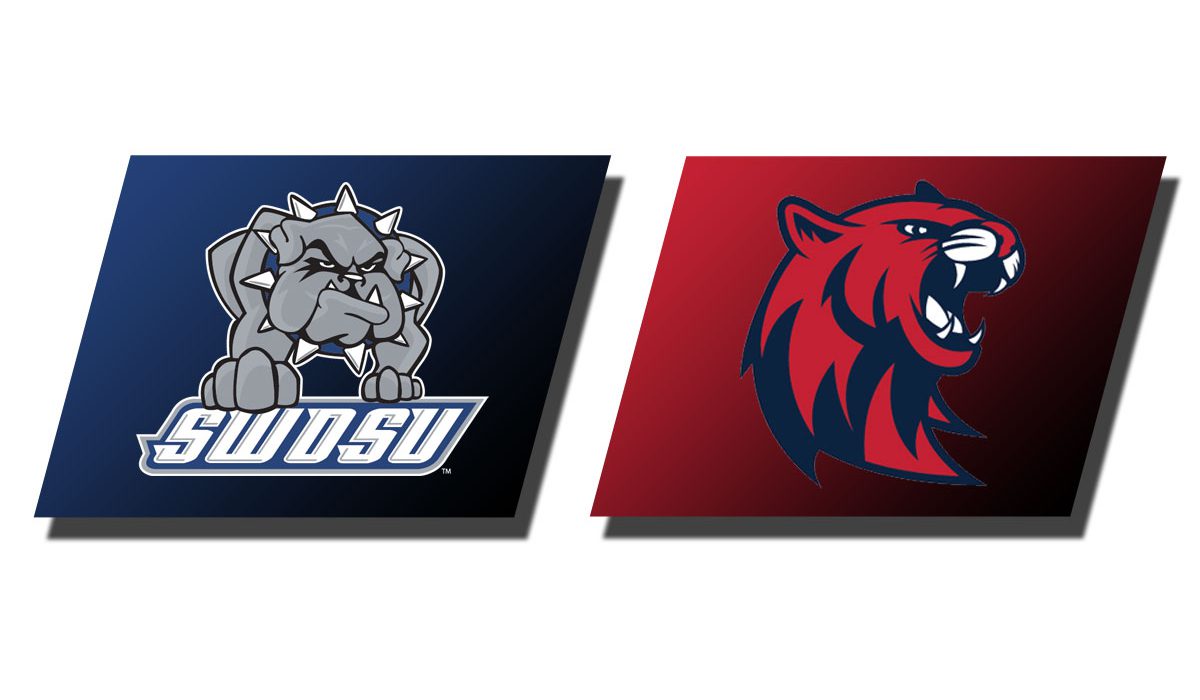 CLAREMORE – The Rogers State men’s basketball team shot 65.6 percent in the first half en route to a 100-85 victory over Southwestern Oklahoma on Tuesday for head coach Justin Barkley’s 100th career win at the Claremore Expo Center.

With a slight 14-11 lead at the 14:51 mark, the Cats quickly pushed the margin to double digits with a layup by Brewster Peacock and two consecutive triples from Chase Littlejohn and Peacock for a 22-11 score with 12:53 remaining before halftime.

Late in the half, RSU extended the advantage to 17 points on a 3-pointer from Tate Turner for a 47-30 margin with 2:35 left before halftime. The Cats held a 55-39 edge at the halftime break.

In the second half, the Hillcats quickly upped the advantage to their largest lead of the game at 22 points on a 3-pointer from Tavian Davis two minutes into the period. The Bulldogs cut the deficit to seven twice, but RSU controlled the second half in the 100-85 victory.

The victory was the 100th home win for head coach Justin Barkley. He moved to 100-20 overall at the Claremore Expo Center in his nine seasons as the head coach.