How a Heisman Trophy winner is chosen 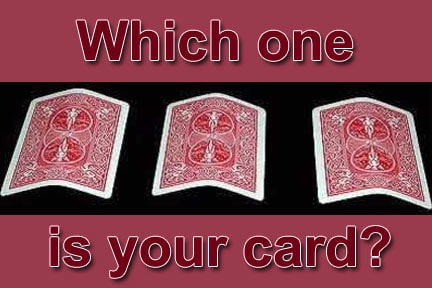 It’s the ol’ sleight of hand.  A misdirection, if you will.

You look at one thing. And if you keep paying attention to that one thing, you won’t notice when someone changes things around you.

It happens all of the time with illusionists in Las Vegas and credit card companies.

But the national sports media is trying its hand at this again, and as far as I can tell, they have been successful so far.

You see, they don’t want you to realize that they’ve changed the rules with this week’s main topic of discussion: the Heisman trophy and who should be the 2011 recipient.

Five finalists have been chosen and will be making the trip to New York City (New York City?! Get a rope.) for a once-in-a-lifetime experience.  And I wish them all well.

I just hope that they, and all of the other deserving candidates realize that this is an award received on what should be objective analysis, but will have the same subjectivity as the election of Alabama to play in the title game last weekend.

Now here’s the kicker.  The Media have taken advantage of the national outrage/confusion of Sunday’s coronation of the SEC and the attention in that direction to change how they look at the way a thing or a person should rise to the top.

> Among the things that are important to look at in a player is his overall resume.

Excuse me, but I thought that a resume wasn’t important.  I mean, if it was, wouldn’t Kellen Moore be invited at least to the party?  He’s the all-time winning quarterback in Division I history.  Moore is 49-3 as a starting quarterback and only five points from being undefeated.

> This isn’t a lifetime achievement award.

OK, besides the fact that this what you always say, and often break that rule, look at what he’s done this year.  The Broncos are 11-1 and he’s one of only two players to toss for more than 40 touchdowns this year.

> But he doesn’t play teams that matter.

I’m sorry, but the last time I checked Georgia was in the SEC.  THE ALMIGHTY SEC!  And Moore went to Athens and took them down, 35-21.  Does anyone remember the trip to Blacksburg and the win over Virginia Tech last season?

> Sorry, not following you.  Besides, we don’t get to watch them on national TV often enough.  It’s just too tough to know if he is for real.

So I guess that Case Keenum is out, too?  He led the country in touchdown passes thrown and was the only player to throw for over 5,000 yards.

Alrighty then.  So resume really isn’t that important.

> Yes, resume is important because we said it was.  Another thing that’s important to look at in a player is the quality of the wins.

Really?  Because you told us that this wasn’t important in choosing which team should go to the BCS title game.

> Stop fighting this and listen.  We’re now telling you that the quality of a player’s wins and losses makes a difference in our selection.

Robert Griffin III has three losses and one of those was to Texas A&M.  Their record is worse than Iowa State’s, and I know how you all feel about the Cyclones.
And what about the Kansas State loss?  The “powers that be” have determined that a 10-2 KSU team ranked No. 8 in the BCS is less worthy to go to the Sugar Bowl than two teams in the second ten (and second tier) of the BCS.

> Don’t try to confuse us with your talk about wins and losses.

You brought that up.

> Oh yeah.  Well, Tyrann Mathieu didn’t have any losses and Trent Richardson’s loss was to the No. 1 team in the country.

Richardson had only 89 yards on 23 carries in Snoozefest of the Century.  And may I say also that a game can have two really good defenses play and have two really bad offenses in the game as well to make the defenses look that much better.

> No, you may not say that.  If we didn’t say it, it doesn’t matter.
Look, we’ve told you before – it’s not about the Eyeball Test anymore.  That’s so last week.

> Now we’re looking at what this player has done for his team and this has to be against a quality schedule.  So before you say anything else, this by itself eliminates Moore, Keenum, Geno Smith, Bobby Rainey, Jordan White, Patrick Edwards, Taveon Rogers, and a bunch of other statistical leaders that you haven’t heard of.

I’m confused.  I thought the quality of a team’s schedule wasn’t important.

> How thick-skulled are you?  That was then, this is now.

OK, so Mathieu and Richardson are in.  But RG3 plays in the Big 12 and we know that you all don’t think the Big 12 is any good, clearly on a completely different level than the SEC.

> Yes, but the computers think the Big 12 is strong and that’s a legitimate argument.

Sorry. So the bottom line is that the Eyeball Test is out, and the other factors you just mentioned with all the stats that will be thrown at us for the next three days are the important things.

> Yes, exactly.  Now with that in mind, we just want to remind everyone that most voters will look over all of the candidates and just go with their gut.

So there’s a Gut Test now?