It’s official in Alva: Northwestern is in 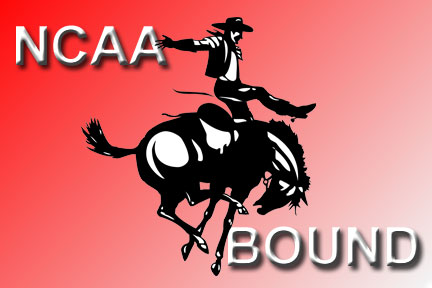 The word came out on July 13, but it was officially proclaimed for the first time Wednesday in Alva.

The NCAA accepted Northwestern into its ranks.

And Dr. Janet Cunningham, president of NWOSU, had the opportunity at a press conference on Wednesday to proudly proclaim it.

“We are pleased to announce that Northwestern Oklahoma State University has been accepted into the NCAA Division II membership process beginning Sept. 1,” Cunningham said.

Then she gave the crowd that had gathered an opportunity to applaud and perhaps breathe a sign of relief.

Northwestern had applied for D-II membership the year before and had been denied.  There was good feeling all around that was doubly so after knowing the feeling of dejection just 12 months before.

She then went on to establish the Rangers’ conference affiliation for the future.

“In addition, this fall we will begin competition as a provisional member of the Great American Conference,” Cunningham said.

NWOSU becomes the 11th member of the GAC, a conference starting just its second year in 2012-2013.

Northwestern held off on its announcement to give key members of its faculty and administration the opportunity to be on campus and in attendance for this historic occasion.

Rangers’ director of athletics Andy Carter informed the crowd that that it was important to have those people, especially Cunningham, there to celebrate.

“Last Friday was a very interesting day for everybody and we anticipated what that day would look like  when it eventually happened – and lo and behold, our leader was gone,” Carter said.  “And we needed to wait until she got back so that she could celebrate this.

“She was the one who took the phone call last year and I know that broke her heart.  And we’re so happy that we’re able to stand here today and tell you about this successful journey into Step One.”

Northwestern joins Oklahoma Christian and Rogers State, who were also accepted into the D-II process this year.  Southern Nazarene was allowed to continue its process and is beginning Year Two of the transition.