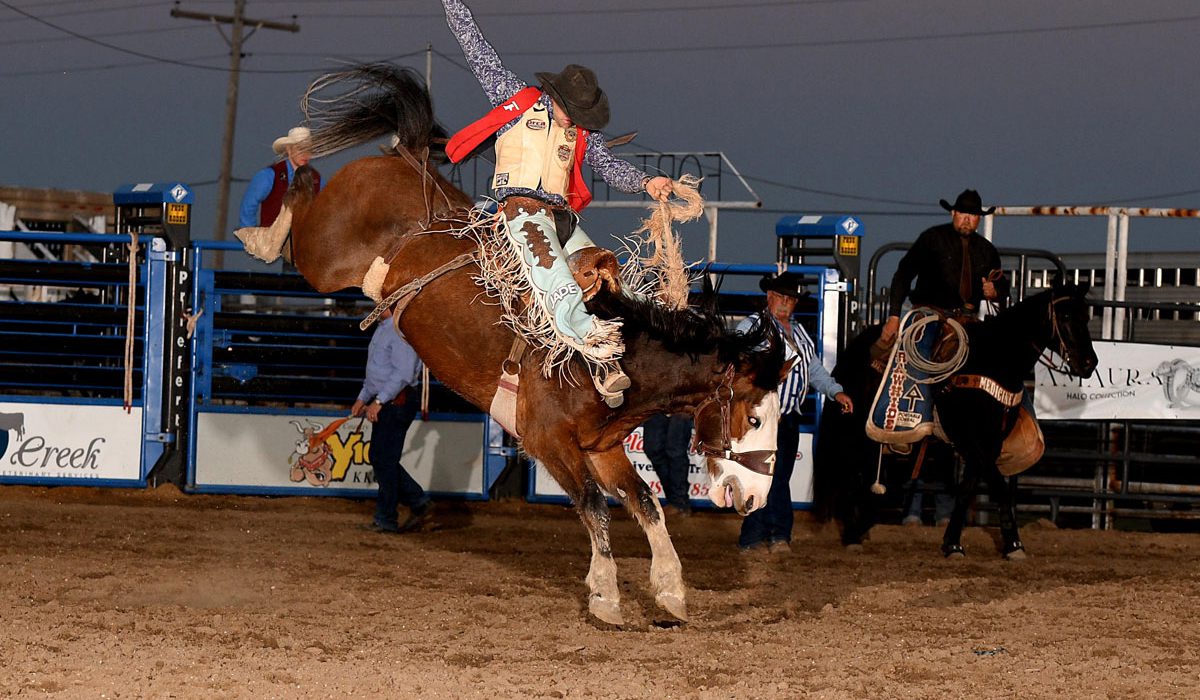 Jade Taton had an excellent weekend at the Fort Hays Rodeo this past weekend winning two events and the All-Around title. —Photo by Dale Hirschman

FORT HAYS, Kan. — The short round this past weekend was painted in red and blue as Oklahoma Panhandle State University had 23 team members qualify. Jade Taton won the All-Around title on the men’s side. Both the men’s and the women’s team won second overall.

Two Panhandle State cowgirls made it back in the breakaway roping. Caitlyn Wiswell had the second fastest time of the rodeo in the long round, 2.7 seconds. Wiswell unfortunately had some troubles in the short round, but still placed sixth in the round and sixth in the average. Hagen Brunson made two solid runs this weekend, 3.0 and 3.5 placing her third in the short round and tied for second in the average.

Panhandle State Rodeo would like to give a special mention to a very important teammate that has led us to many victories, Rambo. Coach Robert Etbauer’s stud horse has once again won horse of the year in the central plains region. Rambo was used in the steer wrestling as a haze horse for many competitors this past weekend and was also used in both the tie-down roping and breakaway roping. Rambo will be present at the Doc Gardner Memorial Rodeo coming up this weekend. Watch for him in several events as well as the Aggie spirit rider’s horse.

The Panhandle State Rodeo Team is excited to be competing in front of their own crowd this weekend and invite you to come watch the last rodeo of the year as they strive to keep the winning tradition alive!