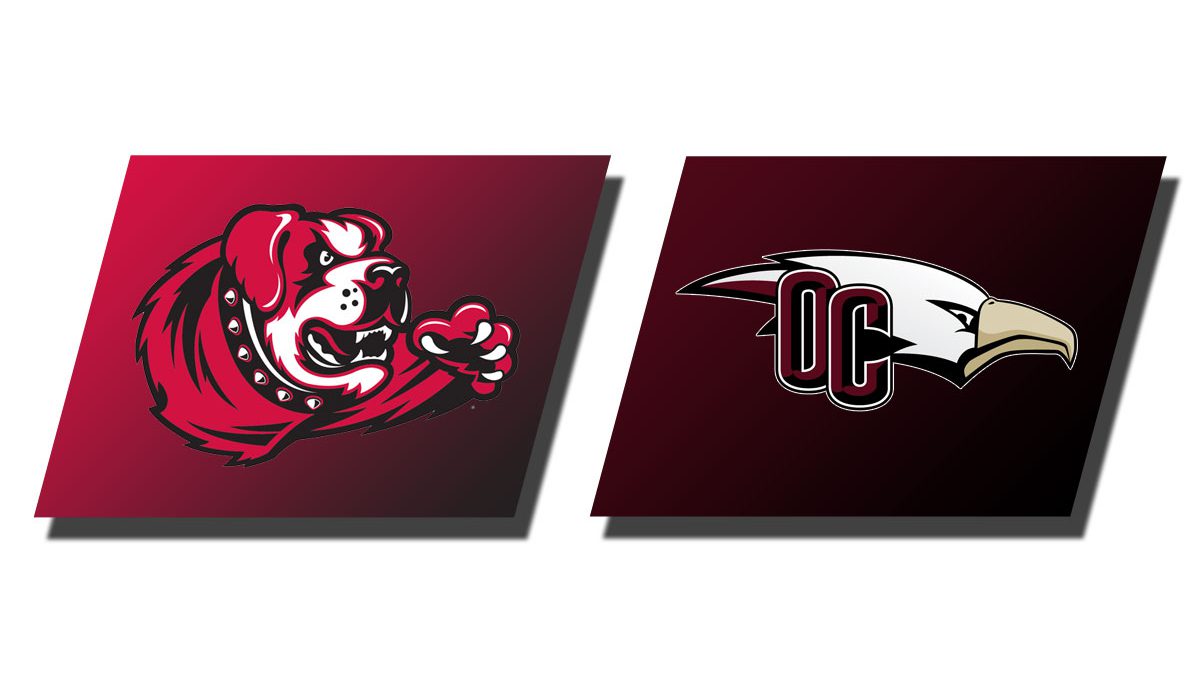 OKLAHOMA CITY – Two days earlier, a potential game-winning shot by Oklahoma Christian’s Aubrey Johnson was waved off by game officials because it came after the buzzer. He took advantage of a second chance on Monday afternoon against Maryville (Mo.).

Johnson’s put-back of Jordan Box’s miss beat the buzzer, giving the Eagles a 72-70 win in a scintillating game in the Eagles’ Nest in which OC rallied from a 16-point halftime deficit thanks to both lockdown defense and clutch shooting.

“They can’t take this one away from me,” Johnson said.

OC (4-6) hadn’t beaten an NCAA Division II foe since the second game of the season – at Cameron on Nov. 10 – despite numerous close calls, making this one seem extra special to head coach Cory Cole.

“It’s been over a month since we’d won (against a Division II opponent), but the guys have just been believing and fighting and trusting,” Cole said. “When that buzzer went off, you could see all the emotion of all the hard work and dedication and trust.

“It’s something we can build on, seeing the guys stay the course until the final play, and then being in the right place, right time and making a play. It’s what it’s all about.”

Much like Southwestern Christian did Saturday in a 79-77 upset of OC, Maryville (5-5) started out sizzling from long range, making its first five 3-point attempts. The Saints shot 51.7 percent from the field in the first half and took a 47-31 lead into halftime after Casey Teson’s floater beat the buzzer.

But – just as they did against Southwestern Christian – the Eagles turned the tables in the second half, limiting Maryville to just seven baskets and 29.2-percent shooting. The Saints still led 51-39 after a dunk by Robin Thompson with 15:50 left, but went more than six minutes without scoring.

A put-back by Will Lienhard gave OC its first lead at 52-51 with 9:49 left. The teams traded the lead eight more times, the last when Brian Carey scored from underneath to put OC up 60-59 with 5:03 left. The Eagles never trailed again, but also never pulled away.

Two free throws by Jordan Box – who led the Eagles with 17 points – made it 64-59 with 2:50 left, but Maryville rallied to tie the game at 66-66 on two free throws by Eugene Jones with 1:30 left. Box answered with a 3-pointer that was well-defended by the Saints, but Teson made two free throws with 50.6 seconds left.

Cole opted not to call a timeout and Box took an open jumper that didn’t fall, but Johnson collected the rebound, twisted around a defender and laid the ball off the backboard just before the buzzer sounded, setting off a celebration under the basket by the Eagles.

“That’s what we’re capable of doing – really grinding out a game,” Cole said.

Marcus Blackwell scored 11 points and Johnson added 10 for OC. The Eagles posted a solid 46-29 edge in rebounding, led by Lienhard, who had 16 boards to go with nine points and five blocks. He leads NCAA Division II in rebounding at 13.7 per game.

“He doesn’t get enough credit in terms of what he does for this program,” Cole said of Lienhard. “What he does, I’m not sure if teams are game-planning for him, but they need to, because he’s the best big man in the country on the glass. He’s showing that. He’s probably one of the best shot-blockers in the country as well. He’s just a stat-stuffer … he makes this team go.”

OC senior forward Roderick Smith scored seven points to raise his collegiate career total to an even 1,000, taking in his time at a pair of junior colleges (Seminole State and Arkansas Baptist) and with the Eagles.

Chaz Glotta had 13 points for the Saints, while Jerome Davis added 12 and Dezmond McDaniel had 10. Maryville, which competes in the Great Lakes Valley Conference, had beaten OC 79-62 in St. Louis last season.