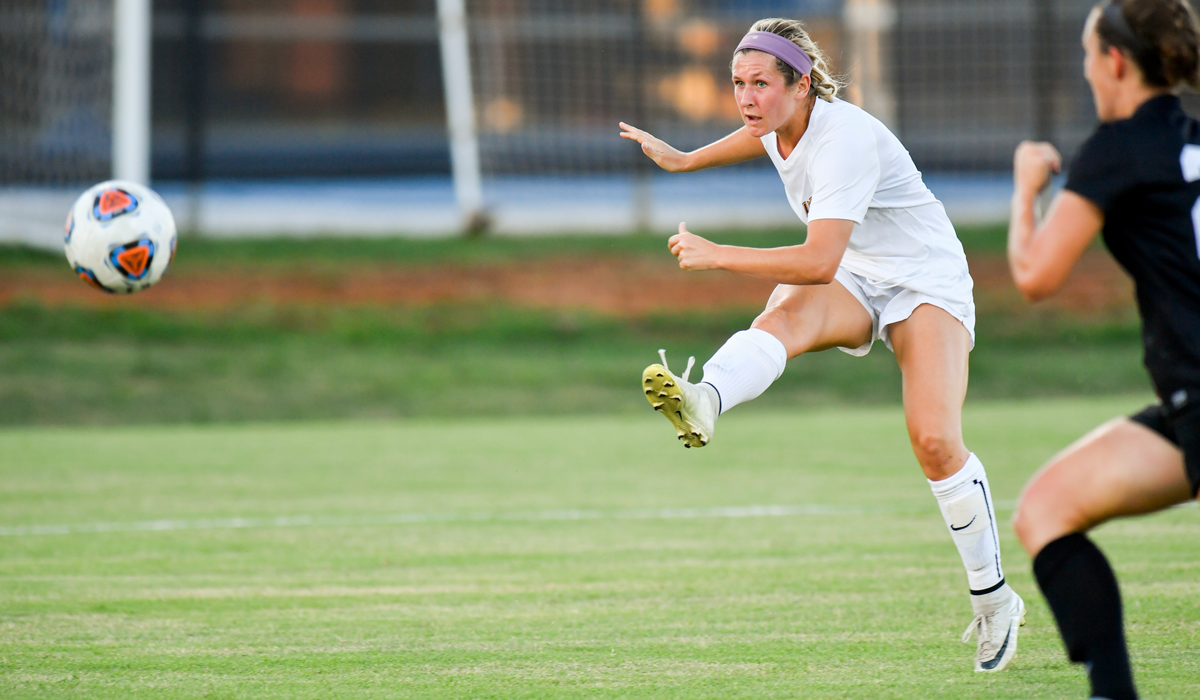 “I’m so proud of all three of these girls for all of their hard work,” UCO head soccer coach Mike Cook said. “Katie is one of the hardest working young ladies I’ve ever been around. Kelsey Gordon is the same and was so good in helping us on defense almost every minute of every game. Kelsie Eason is no different. Just a hard worker that makes a lot of things happen. I’m just really proud of all of them.”

Killion starred on the field this season for the Bronchos, playing more than 1,500 minutes of top notch soccer day in and day out. The Broken Arrow, Okla. native scored 30 goals, third most in school history for one season, and added 13 assists, also third in Central’s history, for a total of 73 points – third in UCO history for a single season.

Her 30 goals and 73 points led the country. Her 13 assists ranked among the national leaders. There was no stopping No. 9 with the ball at her feet this season.

She fired 131 shots, 76 on goal, scored 13 game-winning goals, recorded three hat tricks this season, and scored multiple goals in one game 10 times as the Bronchos won a school record 22 games in 2018.

Gordon was just as key to the 16-game win streak this season that is now a school record. UCO’s 16-0 start is also the best in school history. The junior defender from Sapulpa, Okla. also played over 1,500 minutes and was the lead role in UCO recording 14 shutouts this season as it allowed only 0.58 goals per game. Central allowed only 14 goals all season as it rolled through the Mid-America Intercollegiate Athletics Association to a regular season championship and a postseason tournament championship.

Eason, a sophomore midfielder from Bartlesville, Okla., played a key role in both the high-tempo Broncho offense, and the stingy Broncho defense that guided Central to its 12th national tournament appearance. She played more minutes (1,810) than any other player on Central Oklahoma’s roster this season, scoring six goals this season, including two game-winners, and joined Killion with a team-high 13 assists.

The Bronchos finished the 2018 season 22-2 and made it to the NCAA Division II Women’s Soccer Championship Round of 16. UCO won its first MIAA title and won the conference tournament as well. Central had nine All-MIAA selections and seven All-Region honors before Wednesday’s announcement of three All-Americans.