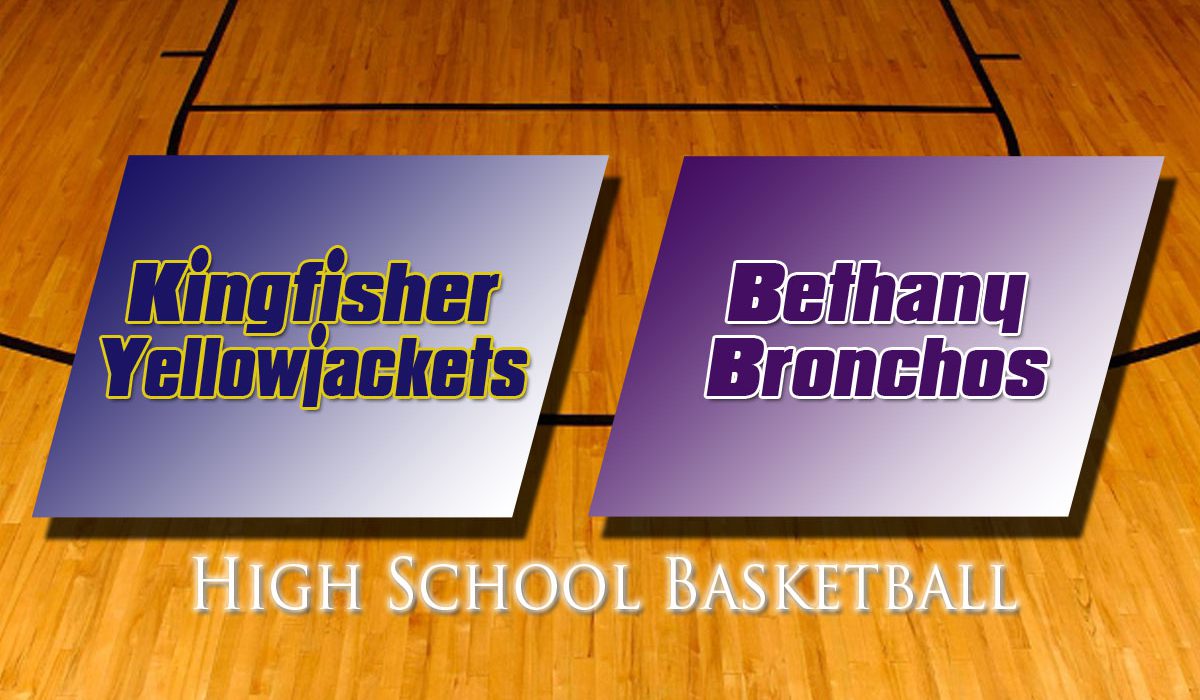 BETHANY– The Bethany Bronchos had Kingfisher under control for the entire game. That is, Bethany was in control during regulation. The Yellowjackets were able to pull ahead by a nose in 44-39 victory on Bethany’s home court on Tuesday night.

Kingfisher was led by Jett Sternberger who led all scorers with 15 points. Sternberger brought on the charge for the Yellowjackets in the fourth quarter where he tacked eight points by himself. Behind Sternberger was Kingfisher’s Trey Green who put up 14 points. Green and Sternberger set up the go-ahead pick and roll with just over two minutes left in overtime.

Leading Bethany’s scorers was Logan O’Neal with 13 points. After O’Neal was Hassan Lawton with 10 points for the Bronchos. Lawton put up two three-pointers in a row to start Bethany’s game opening 8-1 run.

The Yellowjackets had their share of troubles shooting. Kingfisher ended up pulling out the win despite only hitting two three pointers on the night as opposed to the Bronchos five buckets from downtown. For most of regulation, Bethany’s treys were the only thing keeping the Yellowjackets at bay.

Sound defense is what kept Kingfisher in the game. The Yellowjackets outscored the Bronchos 30-20 in the second half and overtime. Kingfisher was able to, for the most part, shut down the inside game of Bethany. Restricting the Bronchos to outside shots and outrunning their opponents prevailed for the Yellowjackets.