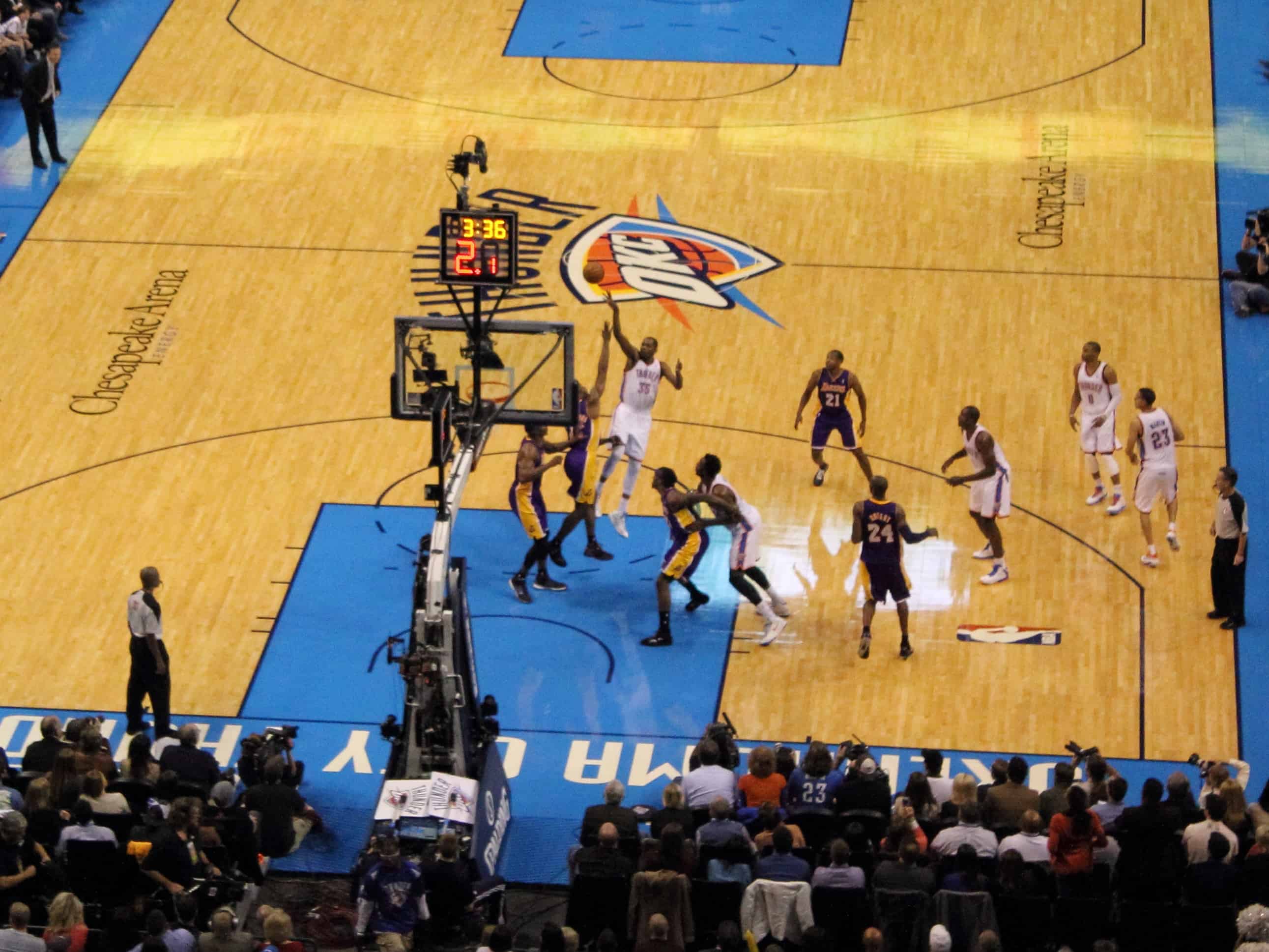 OKLAHOMA CITY – With offseason moves that raised the level of expectation for the Lakers, many expected them to assume the new role as the team to beat in the West.  On Friday night, the Thunder proved that the Lakers may still have to put up a fight in order to take their place atop the Western Conference when they defeated LA 114-108.

The NBA’s two leading scorers faced off at the Chesapeake Energy Arena in front of another sellout crowd, and Oklahoma City fans were not disappointed.  Kevin Durant led all scorers with 36 points, followed by Kobe Bryant with 35.  Durant also added 9 rebounds and 4 assists.  Russell Westbrook was unstoppable in the first half, scoring 27 of his 33 points in the first 24 minutes.  He went 5 of 8 from long distance, a career high for the Thunder point guard, and dished out 8 assists.

In addition to their all-stars, the Thunder had three other players in double figures.  Kevin Martin scored 11, Serge Ibaka added 14, and Nick Collison finished with 13.  OKC’s big men had the formidable task of trying to keep Dwight Howard in check, but Howard still put up 23 points and got the double-double with 18 rebounds.

The Thunder led through much of the game, building a lead as large as 19 points after a huge second quarter in which they outscored the Lakers 41-26 to put them ahead 67-53 at the half.  They would not relinquish the lead again, though the Lakers did manage to pull with 5 in the final minutes of the 4th quarter.

Even though the Lakers have struggled to live up to the expectations placed on them so far in this young season, a win over LA is always a good one for the Thunder.  Next time, the task might be more difficult because the Lakers will hope to have Steve Nash back in their starting lineup the next time they face Oklahoma City.  Until then, the Thunder will try to extend its seven game winning streak on Sunday when they will play the Indiana Pacers.