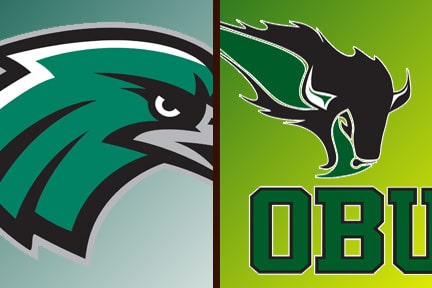 The Riverhawks scored both their goals in the first half with Rachel Sordahl scoring just two minutes in from point blank range and later adding a penalty kick in the 43rd minute.

OBU had seven shots in the game and put just two on goal – one each by Ailee Pewitt and Elisa Brito.

Freshman Paula Vicenzo was injured early in the first half and was not allowed to return until being medically cleared midway through the second half. Vicenzo is OBU’s leading scorer this season.