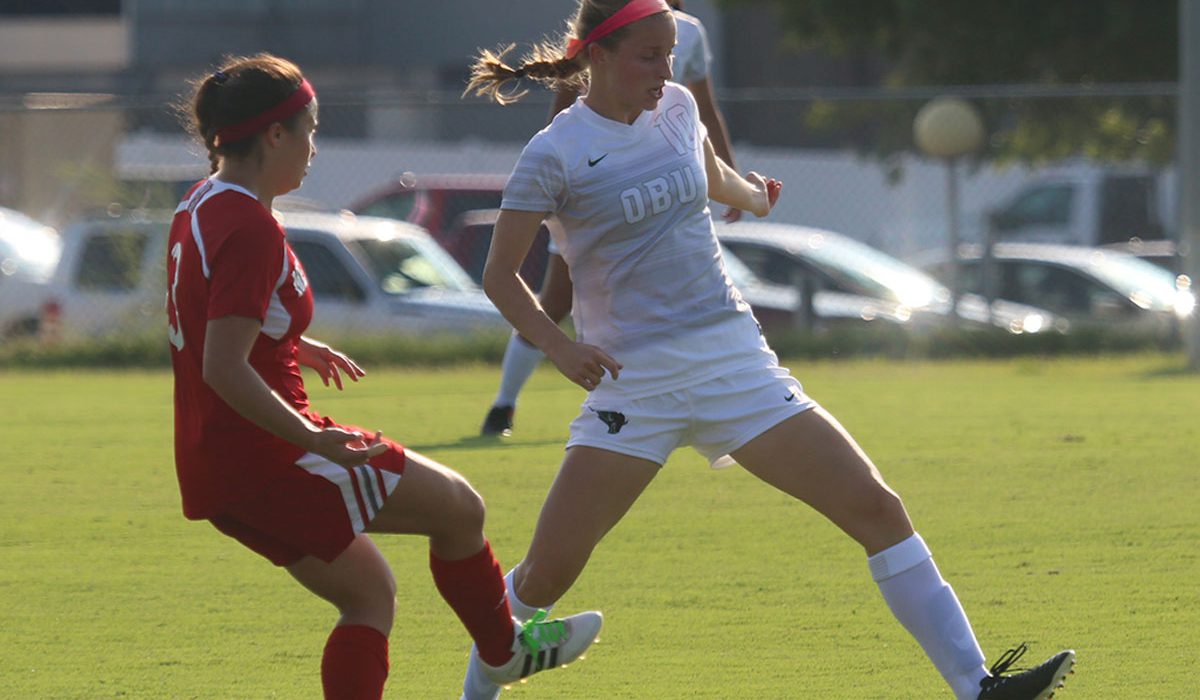 SHAWNEE – Ruth King had the key to Newman’s defense, providing two assists in the span six minutes to give Oklahoma Baptist a season-opening win, 2-1, over the visiting Jets on Thursday night. It’s the second time in three seasons the Lady Bison have opened a season with a victory over Newman.
King assisted both goals OBU scored in the evening’s contest. The first came in the 58th minute after her out-swinging cross from the left wing found the head of sophomore running mate Reagan Mann on the back post. Six minutes later, in the 64th minute, she slotted a ball to Bison Hill debutant Hannah White who sent a curling effort just over the opposing goalkeeper’s fingers and into the top left corner.
Newman would manage to draw one back late in the second half to add a hint of drama to the end of the proceedings, but OBU managed to stifle the attack.
Emily Griffith picked up the win in her first career start between the sticks for OBU. The freshman netminder tallied two easy first-half saves to pick up the victory.
With the win in tow, Oklahoma Baptist (1-0) now look to win back-to-back matches to start the season for the first time since 2015. The Lady Bison return to the pitch Tuesday, Sept. 5 when they face Central Christian College (Kan.) at 6 p.m. at the OBU Soccer Complex.