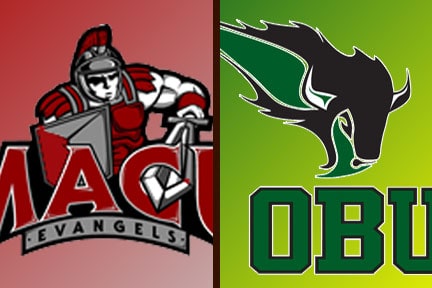 Defensively, the Lady Bison got 13 digs from Gabby Samuels and a dozen by Moura. Pressley had 1.5 blocks.

After falling behind 3-1 early in the first set, OBU launched a 9-2 run with Pressley getting two kills. The Lady Bison cruised home from there with the win.

OBU scored the first four points of the second set and used a 15-5 run to take its biggest lead of the set, 24-9.

The Lady Bison trailed 11-7 in the final set, but Pressley had three kills in a 6-2 run to tie the game at 13-13. MACU got the lead back out to three points, 17-14, but Derden, Skyler Strahm and Pressley had two kills apiece in a match-ending 11-6 string.

Now 15-3 overall and 2-0 in the SAC, the Lady Bison step out of conference play Saturday with a trip to Olathe, Kan., to play MidAmerica Nazarene.