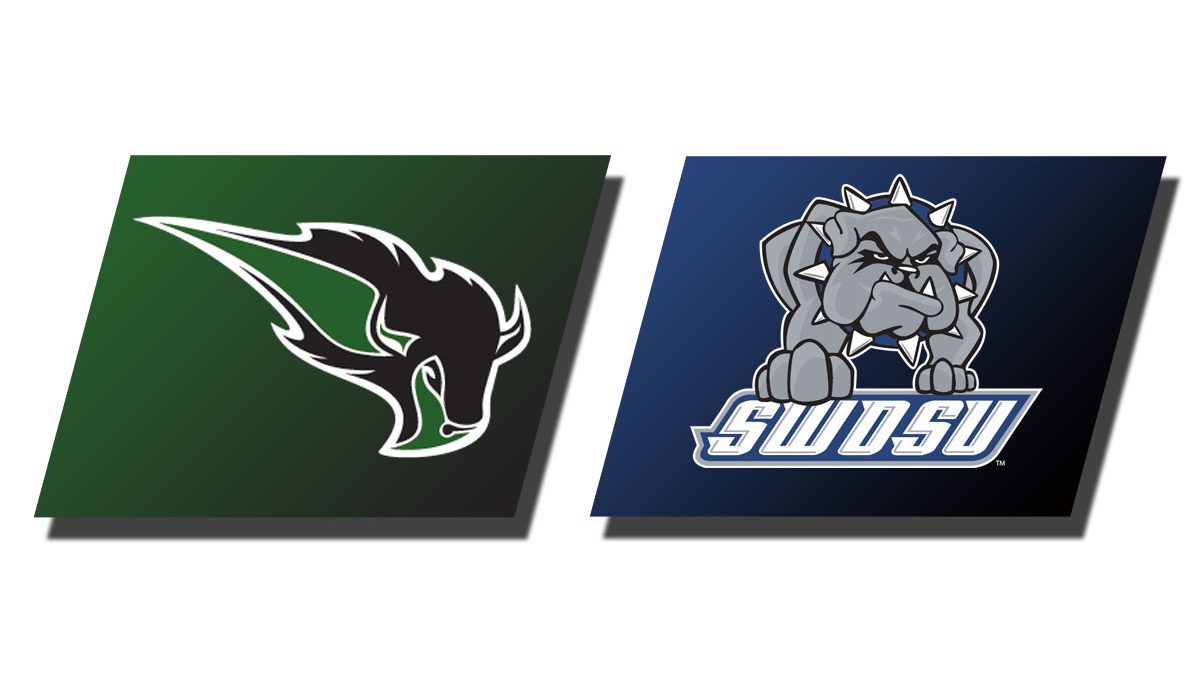 WEATHERFORD – No. 10-ranked SWOSU Women’s Basketball came into their contest with Oklahoma Baptist needing just one win in the final two games of the regular season to clinch the outright 2017-18 Great American Conference Championship and the Lady Bulldogs did just that with a 100-72 runaway victory over the Lady Bison on Friday afternoon inside the Pioneer Cellular Event Center.

SWOSU led wire to wire against OBU, never relinquishing the lead to the Lady Bison and leading for nearly 38 minutes of game time. The Lady Dawgs outscored Oklahoma Baptist in every quarter but the third (a one-point OBU advantage) which included a 14-point SWOSU lead by halftime and a runaway fourth quarter where the Dawgs outscored the Lady Bison 26-11.

Friday’s game was won on the boards as the Lady Bulldogs outrebounded OBU 66-36 overall including 23-4 on the offensive glass. The lopsided rebounding statistic allowed SWOSU to take 10 more shots in the game and nearly 20 more free throws.

OBU trailed SWOSU by 19 points early in the third quarter and managed to cut their deficit to 13 points by the end of the quarter. That would be the closest the Lady Bison would get though as the Dawgs extended the margin back into the 20s and led by as many as 28 points in the game’s final 10 minute session.

Taylor Hedrick tallied 14 points on the day and swatted three shots on defense while Tyra Aska also ended with 14 points and added nine rebounds. Bethany Franks rounded out the starting five with nine points and 17 rebounds.

On Senior Day, both of SWOSU’s seniors gave the squad solid contributions as well. Penina Faumui scored six points and grabbed four rebounds (three offensive) while Shalie McAlister got an and-one layup and came down with nine rebounds.

The Lady Bulldogs move to 25-2 on the season, the most wins in the program’s NCAA Division II history, and will close out their schedule tomorrow (Sat., Feb. 24) on the road in Bethany against Southern Nazarene looking to continue their momentum into the postseason.