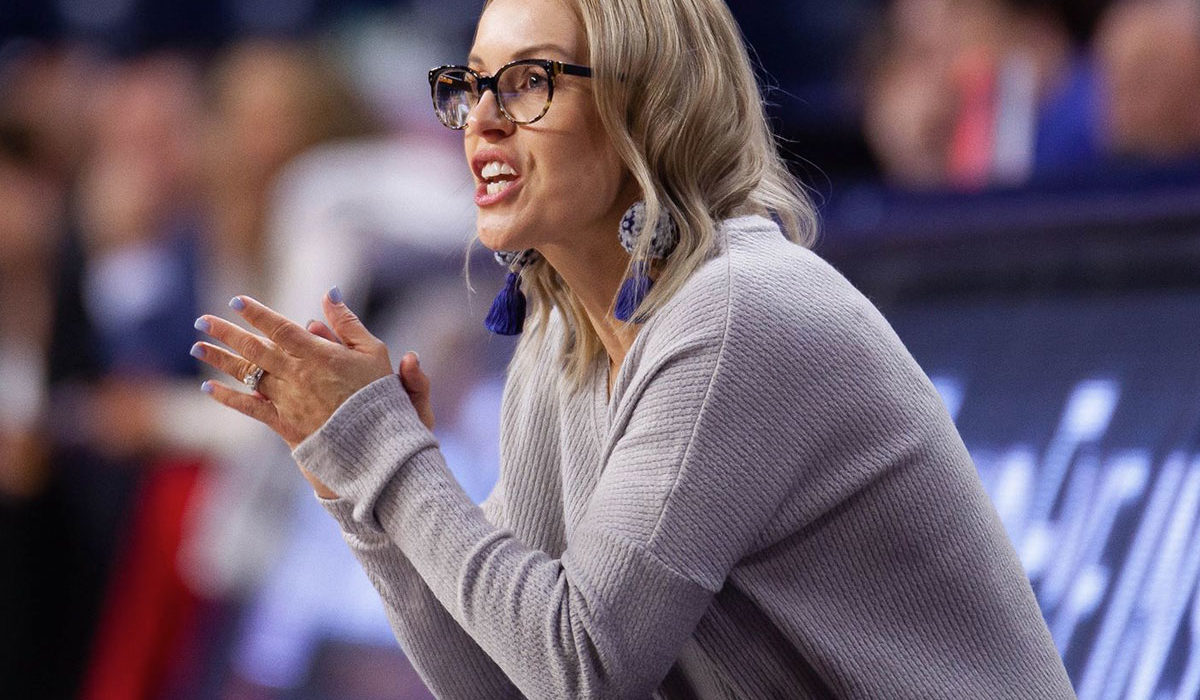 MONTICELLO, Ark. – Head Coach Kelsi Musick collected her 200th victory as the leader of the Lady Bulldogs on Thursday night as her 21st-ranked SWOSU team defeated Arkansas-Monticello, 72-61, inside of Steelman Field House in Monticello.

Musick has presided over the Lady Bulldogs rise from a three-win team upon her arrival to four national tournament appearances – including the memorable run to the NCAA Division II National Championship game last season. Since recording her 100th win over Northwestern Oklahoma State on January 18, 2016, the Lady Bulldogs are 100-25 (80.0%) and Musick has guided her team to four straight 20-win seasons, including back-to-back Great American Conference regular season championships.

“After that first year (2009-10), I didn’t even know if we’d ever get to 100 wins, but now getting to 200 is pretty impressive,” Musick said following the game. “Luckily, we’ve had some really good recruits and a lot of good players come through this program to help us get to where we are.”

Thursday night’s contest started slowly as both teams shook off the rust of the holiday break. SWOSU used a 10-2 run in the second quarter to build a 10-point advantage at 26-16 before battling foul trouble to take a 29-20 lead at the break. Makyra Tramble scored SWOSU’s first eight points of the second half and the Lady Dawgs grew a lead as high as 16, 40-24, on a three-pointer from Taber Beer with 7:02 to play in the third.

The lead remained at 14 as SWOSU pushed ahead to 60-46 with 4:40 to play, but UAM mounted one final push and used an 8-0 run over the next 90 seconds to get within six with 3:13 to play. Beer hit three free throws over the next two possessions before Tyra Aska hit a dagger three-pointer with 2:07 to push the lead back to double figures and put the game out of reach.

Only six different players got in the scoring column for SWOSU, with the Lady Dawgs getting a combined 63 points from Makyra Tramble (19), Bethany Franks (18), Taber Beer (16) and Tyra Aska (10). Taylor Hedrick chipped in with eight points while SWOSU’s leading scorer, Maddie Sperle, was limited to one point while attempting just three field goals.

“To me, the biggest thing is we had some unforced turnovers early in the game and we were very unsettled,” Musick said. “I felt like some of our girls were not as aggressive as they usually are, but we made some adjustments and responded from that. On Saturday, we need to rise to the occasion and finish our road trip strong.”

The Lady Bulldogs have now won five straight games to improve to 9-2 on the year and 4-1 in Great American Conference play. SWOSU wraps up the opening road trip of 2020 on Saturday afternoon in Magnolia, Ark., against Southern Arkansas.