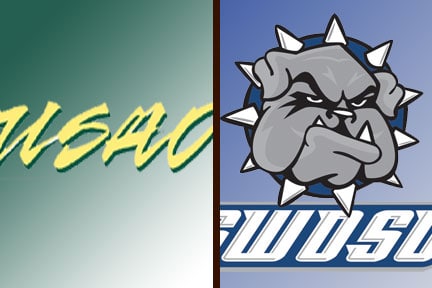 WEATHERFORD – SWOSU Women’s Basketball used a 17-point scoring edge in the second quarter to build a 49-27 halftime break, but the Lady Bulldogs had to hold off Science & Arts for a 90-81 victory on Monday evening at the Pioneer Cellular Event Center.

The victory improves the Lady Bulldogs to 7-3 on the year and they finish the year with a 4-2 record in non-conference contests. SWOSU now returns to action on Thursday evening with the beginning of a Great American Conference road trip at Henderson State.

Five players scored in double figures for SWOSU in their first contest of the calendar year, led by Hayden Priddy, who scored 20 points for the second straight game and added five assists in 35 minutes of action. Taylor Hedrick came off the bench to score a new career-high with 18 points while adding six rebounds and one steal. Tyra Aska added 15 points, seven assists and five rebounds in an all-around solid performance, which also included one blocked shot and a steal.

SWOSU had two players post a double-double against the Drovers, with Hailey Tucker battling a tough night shooting (5-of-18 from the field, 0-3 from three-point range) to finish with 12 points and a career-high 15 rebounds while also totaling two assists, two steals and one blocked shot. Whitney Dunn had the exact opposite numbers to secure her first double-double with 15 points and a career-high 12 rebounds on a night where she also recorded two blocked shots and two steals.