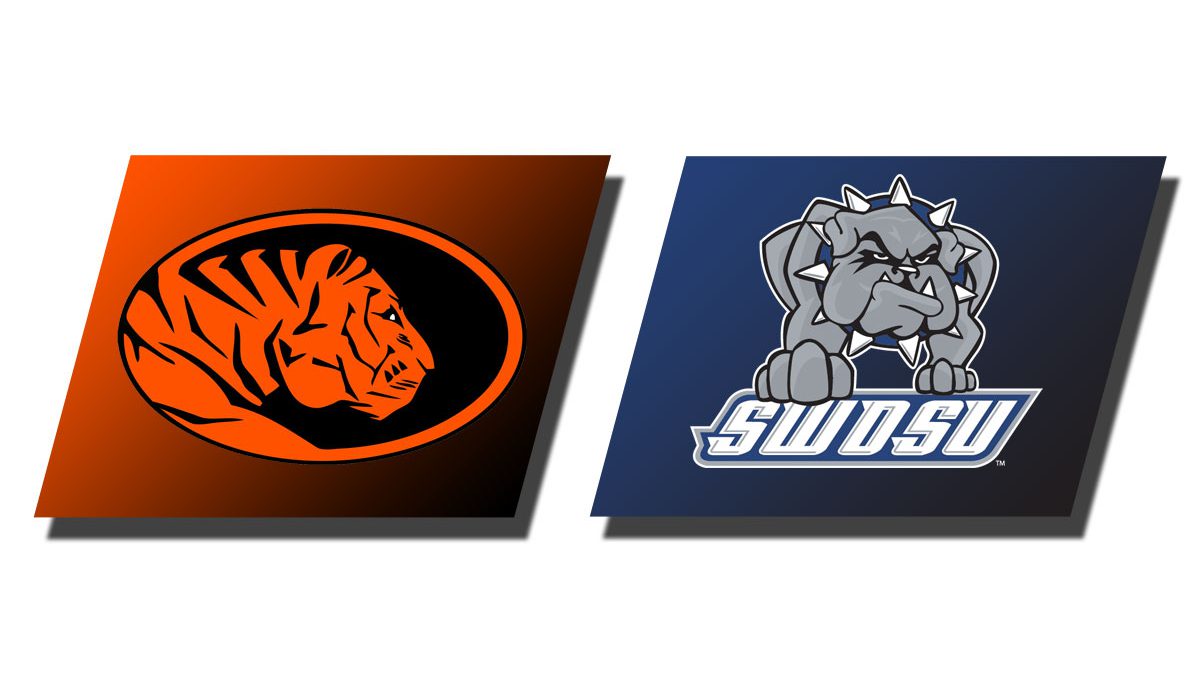 WEATHERFORD – The No. 17/19 Lady Bulldogs were victorious on Thursday night over East Central 90-80 to claim a fourth straight win and close out their four-game home stand.

In front of a solid crowd inside the Pioneer Cellular Event Center, SWOSU and East Central went toe to toe in a fast paced and high energy GAC contest. It was the Lady Dawgs who came out victorious after shooting 41.4% as a team (29-of-70) which included 44.4% from beyond the arc (12-of-27).

The Lady Bulldogs first five on the floor accounted for 71 of the 90 total points scored on the night. Taylor Hedrick, ended with a career high 20 points while Hailey Tucker also chipped in 20 points with a season high 14 rebounds. Tucker was outdone on the boards by Bethany Franks, who also set a season best with 17 rebounds while also adding nine points to the mix. Hayden Priddy notched another double figure scoring night with 11 points and a team high five assists. Off of the bench, Taber Beer gave the Dawgs a lift by knocking down a trip of three-point shots and finished with nine points herself.

SWOSU jumped out to an 18-point lead early in the second quarter after controlling ECU for most of the opening 10 minutes. At the end of one, it was the Lady Dawgs leading 29-15 and with 8:35 left in the second quarter SWOSU led 35-17. East Central wouldn’t go away though, courtesy of their three-point shot which kept them in the game all night. By halftime, the Tigers had cut their deficit to just seven points at 51-44 behind nine made baskets from deep in the quarter.

The third quarter was a stalemate, with both teams scoring 23 points in the frame which gave SWOSU a seven-point lead at 74-67 heading into the fourth and final quarter.

In the fourth quarter, the Lady Bulldogs gained another double digit lead with 7:49 left in the game. East Central worked to cut the margin to four with a little under two minutes to play, but a layup by Taylor Hedrick and ensuing foul shots from Tucker and Priddy following defensive stops iced the game and shut ECU’s chances of a comeback down.

The win pushes SWOSU’s record to 12-1 on the season and a perfect 7-0 in conference play. The Lady Bulldogs will hit the road on Saturday and travel to Durant, Okla. to take on Southeastern in a top-three matchup of conference teams starting at 1 pm.