Lady Bulldogs Win in Magnolia for Season Sweep of SAU 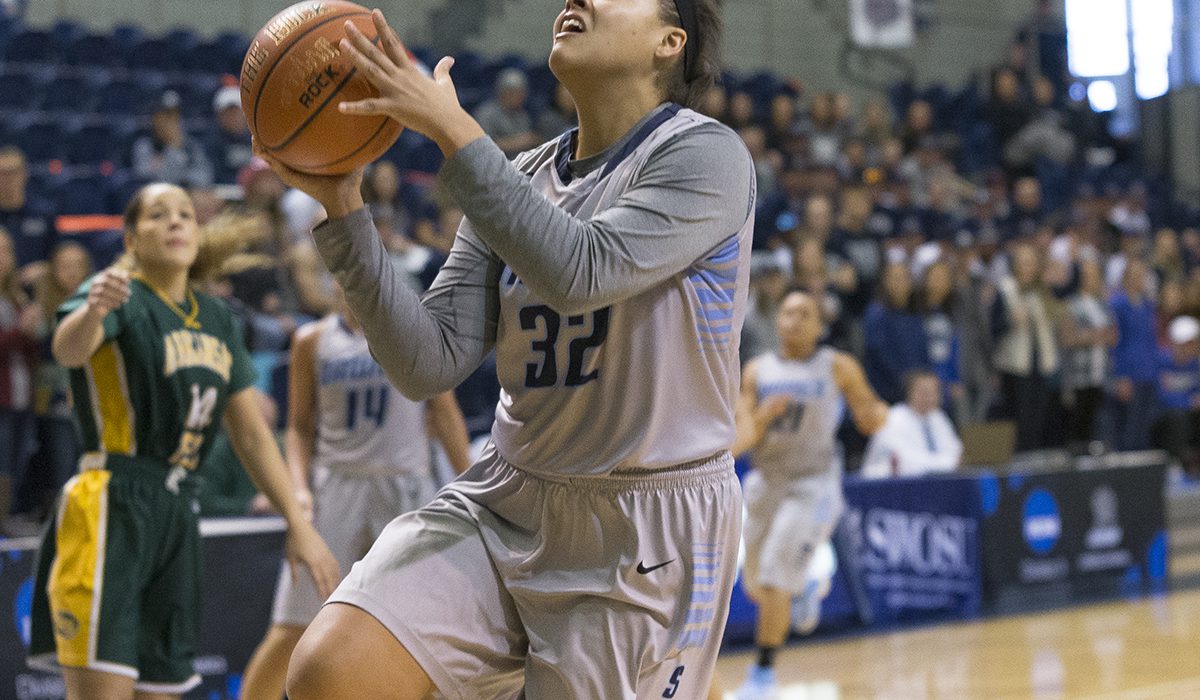 MAGNOLIA, Ark. – The Lady Bulldogs defeated Southern Arkansas 79-68 to earn the first Great American Conference regular-season sweep of the season. SWOSU utilized a great defensive third quarter holding the Muleriders to just nine points to build a 14-point lead heading into the last quarter that proved to be enough.

SWOSU and Southern Arkansas came out of the gates hot as both teams shot greater than 50% from the field in the first quarter in a high scoring first 10 minutes. At the end of one, the Lady Dawgs led 28-25 after both Hayden Priddy and Whitney Dunn put up nine points in the first quarter. Going into the locker room the Lady Dawgs extended that lead to 44-39 after outscoring SAU 16-14 in the second 10-minute session in a much slower paced quarter.

SWOSU utilized a 9-0 run in the third quarter that helped build their first double-digit lead of the game courtesy of buckets from Hailey Tucker, Dunn and Priddy on the run who helped give the Lady Bulldogs some breathing room leading 53-43. From there the teams would trade baskets as SWOSU ended the third quarter up 14 after Nicole Middleton scored the final seven points of the period. In the fourth quarter, despite being outscored by three in the final 10 minutes, SWOSU never trailed by fewer than 10 and ended with a margin of 11 to take down the Muleriders and collect the season sweep.

Scoring was spread across the board on Thursday as Tucker and Priddy both put up 18 while Dunn ended with 17 – a new a career high. Priddy stuffed the rest of the stat sheet as well by ending one rebound shy of a double-double and dished out eight assists while Tucker grabbed eight boards. Middleton and Hedrick gave the Dawgs some depth from the bench by adding 16 points between the two.

“It’s never easy to go on the road and get a conference win and I’m proud of the way we performed tonight and got that done,” SWOSU Head Coach Kelsi Musick said after the game. “I thought we were solid offensively, but the key was our defense in the second half. I didn’t like our defense in the first half, but we made some adjustments and I thought we did a good job containing them after that.”

SWOSU (13-6, 9-4 GAC) has now won three-consecutive games and will now travel to Monticello on their Arkansas road trip to take on the Cotton Blossoms on Saturday in an afternoon game starting at 1:00 pm. The Lady Dawgs will look to complete the second sweep over a GAC foe this week when they take on UAM.