Lady Dawgs cruise to victory in first game of 2016 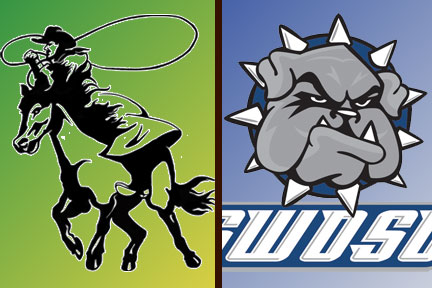 WEATHERFORD – The Lady Bulldogs SWOSU It was SWOSU’s fourth straight victory as the squad wrapped up its non-conference slate.

The Lady Bulldogs jumped out early on the Lady Drovers, taking a commanding 13-0 lead at the 6:10 mark in the first quarter. Morgan Vogt and Janae Coffee set the tone early with lay ups for SWOSU’s first points of the game before Vogt and Hailey Tucker capped off the opening run with three-pointers. USAO got their offense going from there, hitting four straight shots from long range, but SWOSU continually had the answer in the form of Tucker and Kylie Franz. The Lady Dawgs closed out the quarter on a 7-0 run to head into the second quarter up 32-15.

SWOSU kept the frenetic pace up in the second half, seeing their lead balloon to as many as 28 points thanks to a layup by Jessica Penner. The senior forward, who entered the game with nine consecutive baskets, made her first four shots of the game before missing her first shot in two games. She finished the quarter with ten points and five rebounds, including three on the offensive glass, as the Lady Dawgs closed out the half up 56-28.

“We put together a complete game today,” said SWOSU Head Coach Kelsi Musick. “Our starters came out ready to play, and it was nice to be able to get our bench players some quality minutes heading into the conference schedule.”

Four Lady Dawgs finished in double-figures, led by Penner with 19 points for the second straight game. Tucker and Vogt scored 12 apiece, while Jade Jones scored 10. On the boards, Penner finished with a team-best eight, while Hayden Priddy, Jones and Franz each had seven.

SWOSU returns to action Thursday, Jan. 7, for a home conference meeting with Henderson State at 5:30 pm.