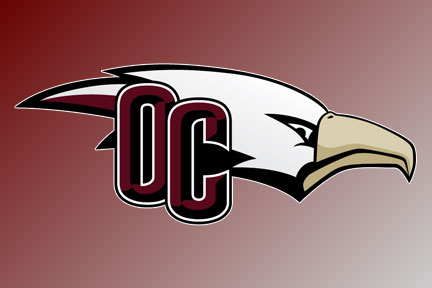 The turnaround in shooting performance was as quick as the turnaround for Lady Eagles to get back on the court.

Only 20 hours removed from a heartbreaking loss on Wednesday, Oklahoma Christian shot much better on Thursday leading to a 74-62 win over Grace College in the NCCAA consolation semifinal in Winona Lake, Ind.

Tip time was 8:30 a.m. for the Lady Eagles, who left behind a day of shooting only 31 percent from the field and shot 51 percent Thursday morning in the win.

And according to coach Stephanie Findley that was the main difference between a loss and a win.

“Shooting,” Findley said.  “We made shots.  That’s a lot different.”

OC all but abandoned the outside game and purposed to go to the basket.  They scored 50 points in the paint, while going only 1-of-9 from outside the arc.

“Today we shot 50 percent from the field and it was a different kind of a game.  We were able to go inside and score inside, which allowed us to shoot a better percentage from the field.”

Senior Roz Hamilton led the way again for her team with 16 points.  McKenzie Stanford put in 14 points and Sydney Hill had 11 for the Lady Eagles, who had 16 players see time in the game.

“We felt like we could and we got quite a few back cuts on them to give us some layups,” Findley said.  “And beat them down the floor to get some more layups.

“We didn’t really need to shoot the three.  We felt like we could take it in to the post players and get a pretty good look anytime we wanted.”

Oklahoma Christian (18-12) had lost the afternoon before, 69-66, to Roberts Wesleyan in a game in which they had led for more than 39 minutes.  But pro shooting in the final nine minutes allowed RWU to come back and win.

The loss knocked OC out of the hunt for the national title and there might be some question as to how the Lady Eagles might respond.

The answer was could be spelled with one letter – W.

Findley said she knows there was an improved performance, but this went beyond just her team.

“The opponent had a lot to do with that,” Findley said.  “The opponent (yesterday) was a lot bigger than we were.  We had a tough time rebounding against them and we put up a lot of threes and didn’t hit too many of them.

“We were ice cold late.  I thought we played pretty well up until that point.  And when we went cold, we got a little tight and things seem to snowball on us and we lost a lead that we had built up.

“We just couldn’t seem to make plays at the end.”

Oklahoma Christian will play for fifth place in the NCCAA national tournament on Friday at 7 p.m. on the campus of Grace College.