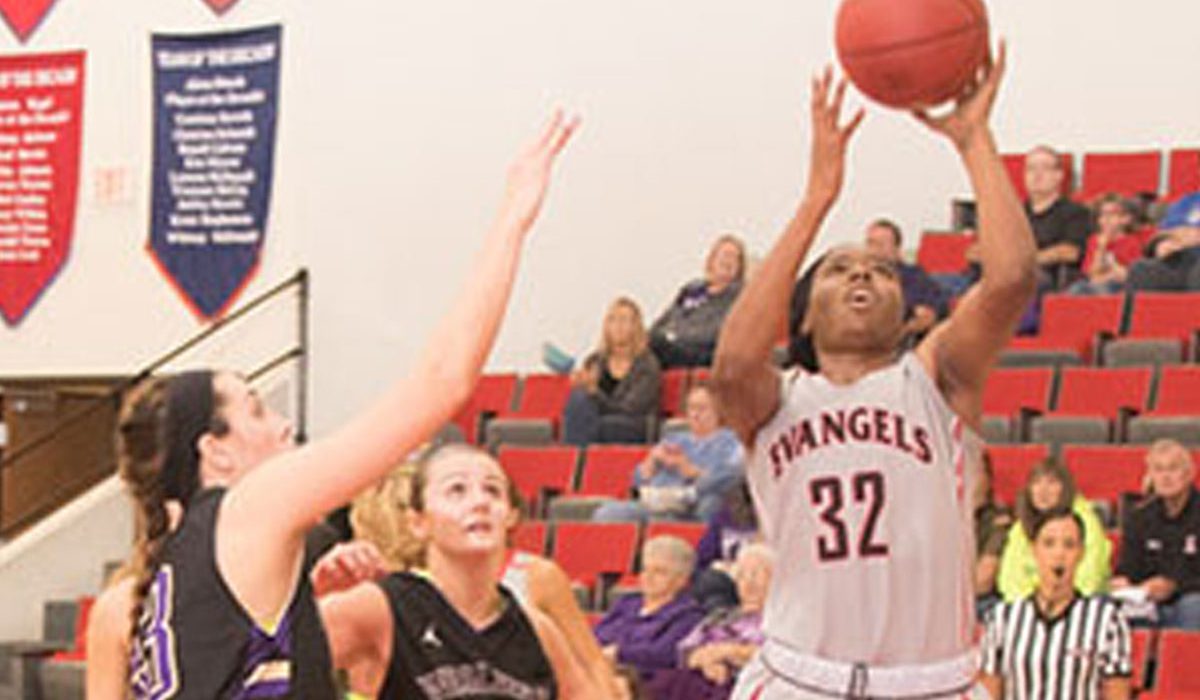 “First off, I want to thank our students and fans for their tremendous showing of support,” MACU head coach Hannah Moeller said.

“They were huge in helping us make a big run in the second half. I was extremely proud of our team’s effort tonight. We had a lot of kids step up at crucial times throughout the game. We’re excited to be moving on in the SAC tourney.”

In a game of back-and-forth runs, it was the Evangels with the final push down the stretch.

Following a three by Nicole Gleason that cut the lead to seven, two free throws from Sarai Rodriguez and one from Flores over the final 41 seconds put it away for the Evangels.

MACU got off to a slow start offensively, not hitting their first field goal until D’Shala Powell scored at the 5:53 mark of the opening quarter.

TWU took advantage and built a 17-7 lead behind four threes from Alycia Louallen.

The Evangels stormed back and outscored the Lady Rams 10-2 over the remainder of the period as Sarai Rodriguez nailed a three to cut the deficit to 19-17.

A three by Powell opened the second quarter and extended the run to give the Evangels their first lead of the game, but the Lady Rams put together the next spurt and scored the next 10 points to lead by nine before settling for a 36-25 lead at the break.

The Evangels (20-10) were led by Powell’s personal season-high 23 points and 10 rebounds. Powell’s point total is only two off her career-high total.  She also led MACU with four assists.

Rodriguez and Flores each scored 16 and Jessica Fairly added 13.

Bailey Broadnax led the Lady Rams (18-13) with 17 points and eight boards. Louallen finished with 14 points and Ashlie Bruner had a double-double of 13 points and 10 assists.

As a team, the Evangels tied their season-high output by knocking down 13 threes tonight.

Glancing ahead to Friday, the Evangels were swept by OCU in the season series.  In the last meeting, the Evangels trailed by only one at the half and led early in the third quarter before OCU pulled away for an 85-68 win.