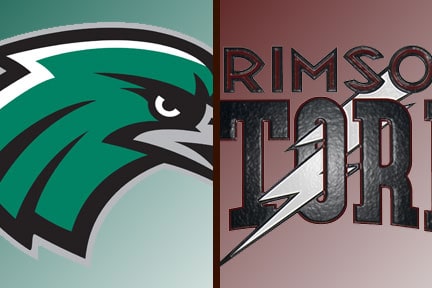 The RiverHawks improved to 5-2 overall and 2-1 in the MIAA, while the Crimson Storm remained winless at 0-9 overall and 0-3 in the league.

“We had a great performance from Edgar Gonzaga today,” NSU head coach Rob Czlonka said. “When teams are focusing on Bo, it’s great to have players step up for our team. Southern Nazarene played really well and caused us a few problems, but it was our teamwork in the end that got us through.”

The home side took the early advantage when leading goal scorer Hajime Chumpitaz scored in the 17th minute off an assist from Javier Caballeros.

Southern Nazarene took the 1-0 advantage into intermission, and the Crimson Storm maintained the advantage when senior midfielder Bo White missed a penalty kick in the 58th minute.

Northeastern State kept the pressure up, however, and junior midfielder Edgar Gonzaga found the back of the net in the 60th minute for his second goal in as many games.

Overtime looked imminent, but White was able to atone for his earlier miscue by heading in the game-winning goal in the 89th minute off a corner kick from Gonzaga. White now has eight goals this season, and Gonzaga picked up his third point of the match.

Blake Anderson (0-9) allowed two goals and made 10 saves for the Crimson Storm.

The RiverHawks will next be in action at 7 p.m. Sept. 28 against Truman State at DeLoache Field.